Ezekiel Emanuel believes we need to learn to live with COVID-19—and has a plan to get us there.

After President Joe Biden Hon’13 was inaugurated and his transition COVID-19 advisory board disbanded, some members of it kept talking weekly over Zoom. It was “like therapy,” says Ezekiel J. Emanuel, Penn’s vice provost for global initiatives and the Diane v.S. Levy and Robert M. Levy University Professor.

After the shock waves of Delta and Omicron, Emanuel and five colleagues sketched a strategy for moving beyond crisis mode to a “new normal” in which COVID-19 is regarded as just another infectious respiratory disease. In three articles published January 6 in the Journal of the American Medical Association (JAMA), they outlined an ambitious wish list, including systematic data collection and genomic surveillance, an expanded public-health workforce, paid medical leave, ventilation and air filtration standards, better masking, amped-up testing linked to no-cost treatment options, benchmarks for public-health interventions, next-generation vaccines, vaccine mandates, and digital vaccine verification.

Discussing the recommendations over Zoom in late January with frequent Gazette contributor Julia M. Klein, Emanuel was critical of the Centers for Disease Control and Prevention (CDC) and suggested that the Biden administration make federal pandemic aid to states contingent on the implementation of vaccine mandates and other measures.

What was the impetus for putting the new strategy together?

We were in the midst of a raging surge. And we’ve had a group of experts that have met weekly for a year now. Early in the fall, when we were still in Delta, we were feeling like there wasn’t a strategic vision. The people who were in the government were [spending] 18 hours a day dealing with the acute crisis, as they should be. But the vision that had motivated them from January 2021 just needed to be updated. It became increasingly clear that part of what we needed to think through is that we were going to have endemic COVID.

Your official advisory role ended a year ago. Why did you keep talking?

Six or seven or eight of us thought it was very useful to meet, hearing how people were interpreting data, what studies people were aware of, what did they think was going to happen. We used to joke, “This is like therapy.” We all found it incredibly helpful.

The logistical rollout of the vaccines was a great success. Where did the federal response go off the rails?

I’m not so sure “off the rails” is the right idea. We got hit by Delta and then Omicron and that required reorienting the goals and the activities. Getting everyone on the same page has been a challenge.

The New York Times suggested that some of you tried to talk privately to the White House about the pandemic response without making much headway.

We talk to people in the government all the time. I worked in the White House from 2009 to 2011, during an economic crisis and trying to put the ACA [Affordable Care Act] together. You are working your tail off trying to do the stuff in front of you. The idea of stepping back and doing a strategic plan simultaneously is really, really hard. The exact people who need to be doing that are trying to address the current crisis.

So it’s not fair to call the articles a critique of the administration’s handling of COVID?

We did not view it as a critique. We viewed it as, “Here is a helpful perspective which we think you don’t have the time to do but you will appreciate.” And, by and large, I think they have appreciated it. They’ve taken many of the ideas we’ve had and said, “Yeah,” [including making] high-quality masks available to people.

Why group all the respiratory illnesses together?

First of all, you need to have a strategy for [all these diseases], not just COVID. Secondly, many of the interventions will affect not just COVID but other respiratory viral illnesses. You improve air quality and ventilation, it’s good for flu, it’s good for RSV. Testing should not focus only on COVID. Prior to COVID, everyone thought that the next big respiratory threat, the next pandemic, was going to be influenza. You’ve got to be able to prepare for all these things, not just what’s in front of you at this moment.

All of them have challenges. Getting a data infrastructure: we have the capacity in this country to do this. We have the best tech companies in the world. We’ve got to focus them and focus a public-private partnership on getting that testing infrastructure up. There’s certainly at the CDC a bit too much, “We got this under control.” That’s obviously not the case. So, overcoming some institutional inertia is a challenge. Overcoming misinformation is a challenge. Probably the easiest to get right would be the testing and surveillance infrastructure.

There’s been a disconnect between the use of rapid tests, whose results mostly aren’t being reported, and the overall data.

We did not think through how the rapid test data would be collected. It’s a CDC failure, in my humble opinion.

How would you assess the overall performance of the CDC and the FDA [Food and Drug Administration]?

I think the CDC has been quite poor. I’ll be blunt with you: The editor at JAMA said, “You’re really harsh on the CDC.” And I said, “Yes, and I’m not paring it back.” I don’t think they’ve performed well. Some of it is political interference from Trump that’s carried over. But a lot of it is institutional inertia, sclerosis, whatever you want to call it—that they think they’re doing a good job, and they’re not. You can look at testing. They got it wrong. You can look at masking. Here we are two years into this damn thing, and they finally got it right. And their guidance on, “If you’re positive, here’s when you come out, here’s when you test”—it’s been terrible.

What about all the confusion over the need for booster shots?

That’s a different structural problem. The FDA approves something, then whether it becomes a public-health recommendation requires the CDC to approve it. That is the stupid way we have things organized.

After some hesitancy, the administration has tried to do vaccine mandates, which you support. But now, in the case of businesses, the Supreme Court is standing in the way. So now what?

They’re going to have to think of other things: more targeted employment mandates, maybe a travel mandate, finally. And maybe they’ll begin linking state aid to states beginning to mandate this. We’ve got to get way up there, close to 90 percent [vaccination].

Should that be the number one priority?

You have to have a whole collection of things. That was the mistake of Trump: “Just get the vaccine.” That’s magic-bullet thinking, and that is not how we’re going to overcome this pandemic.

Our response seems to be a patchwork, with states and localities warring with one another on issues such as mask mandates.

This has shown that we’ve got this crazy federalism in America, and it has problems. At least in some of it, like testing infrastructure [and] surveillance, the federal government’s footing the bill and the federal government should set the rules. The money has to go to get the things we need accomplished. We know states want the public health money.

How far are we now from this idea of the new normal?

At the moment, we’re somewhere north of 2,000 deaths a day, which is probably north of seven times the threshold of a new normal. That gets you about 700,000 deaths a year. That’s way high.

But we’re coming down.

We might come down, and we might go right back up. Don’t be so cocky about it, because we were cocky in May and June and that did not serve us well. We can’t predict this virus very well. Most people have been burned at least once or twice, including yours truly. Maybe there will be another variant.

So what’s most urgent thing to do?

We need a comprehensive strategic plan, and we need to execute on nine or ten different fronts—that’s what makes this difficult. Vaccines, therapeutics, testing, indoor ventilation, PPE, public-health data infrastructure, healthcare workforce. It’s not one thing, it’s lots of things. Many people have analogized this to war, and the fact of the matter is, in war you have to work on several fronts: supply chains and getting enough troops and feeding the troops and getting enough armamentarium and strategy and transport—all of that together. This is just the same. 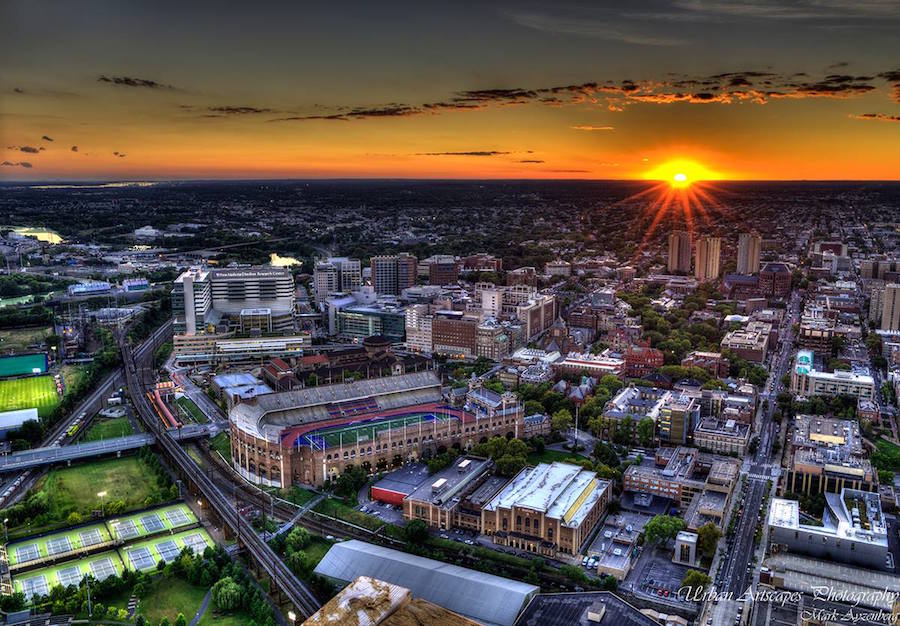 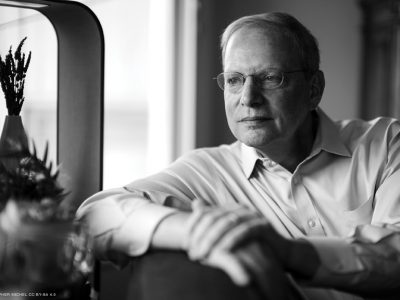