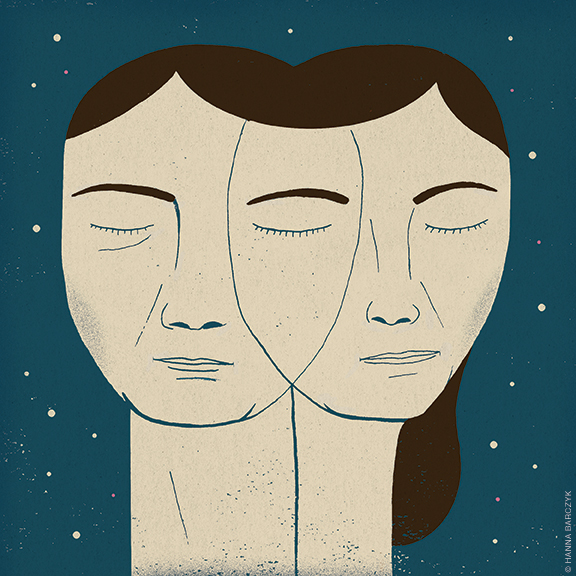 My father and I always assumed we were the same. It made us mysteries to one another.

At the retirement village where my father lives, I am Mr. Kephart’s daughter. He doesn’t have to be anywhere near for others to proclaim it.

Oh. What a startling resemblance—

We look alike. We are alike. We have respected, always, the other’s sameness—assumed we knew the other well, assumed there was no need for questions.

Perhaps there are other identicals in my family tree, but my knowledge stops with my great-grandfather who, like my father, was named Horace. Horace Kephart the original is known still (by those who know him) as the Dean of American Campers, as a co-instigator of the Great Smoky Mountains National Park, as an author of books, as a small-town mayor, as the man who left his family behind to live the solitary. Ken Burns trained his documentary eye on him for The National Parks: America’s Best Idea . Ron Rash flattened his character in his novel Serena. Charles Frazier acknowledged his scholarship on the last page of Cold Mountain. His eyes were two different colors, his life was academia and campfire, his dignity lives in the photographs, and he died on the road, in an apparent moonshine run.

Hearsay. Rumor. Spectacular contradictions. We chase the mysteries we can’t solve, the ghosts we will not meet, the cajolery of the stories we must fabricate ourselves, the ironic icon. I spent years failing the original Horace Kephart in novels that didn’t sell, in essays that didn’t end, in bloviated blog posts. I spent years asking those questions. While all along there my father was, alive and present, a mirror to my mirror, 30 years plus two months minus two days implacably between us, now the auburn fading, now the strong bones bent, now the misbehaving teeth, now the silent stories seeping, now the vigil we kept during my mother’s final months, the stone we designed for her grave, the sorting through and packing up of the house he built for us, the move into the village where I am, always will be, Mr. Kephart’s daughter, and where the journey now is only sometimes forward moving, and where there are still 30 years plus two months minus two days between us.

And all the words we never said.

And all the questions I never asked.

And all the ways I lost by thinking that our similarities spoke for us. Of us. To each other.

My father and I walk the halls. We pass the nurses, the aides, the silver trays, the cloth wreaths on the ajar doors, the ungainly heights of the artificial roses, the motorized, the walkered, the enviably well-limbered.

Past the blare of the TVs. Past the filing drawers of bubble-packed pills. Past Winston Churchill coming to us through closed captions. Out the door at last into the wide silence of a rooftop garden, where, in the shade we sit, my father and me. In his face is the age I will become. In my face is the age that he once was. In our family tree is the man who got away—the Horace who left the life he’d built for the life he wanted, who wrote of his escape this way:

To many a city man there comes a time when the great town wearies him. He hates its sights and smells and clangor. Every duty is a task and every caller is a bore. There come visions of green fields and far-rolling hills, of tall forests and cool, swift-flowing streams. He yearns for the thrill of the chase, for the keen-eyed silent stalking; or, rod in hand, he would seek that mysterious pool where the father of all trout lurks for his lure.

Now, out here in the shade, among the singe of the potted flowers in the molded soil, my father is the mystery. My father is the allure. My father is the truth I hope to find, give me time, give me more shade, give us the words we need so that we might say all the things we have somehow failed to say, so that we may set aside what we thought we knew, each about the other. My father is the story now that matters most to me: what he had wanted deeply, and how he bent time around him, and what it is to be him in this moment—the similarities only simulacrums, the past bigger than the present tilting toward no known, no certain future. Tell me, I want to say, what you might have been had you not been the father who chose to stay, the father who chose to give his children room to breathe and dream, the father who rarely intervened, the father who stepped back so that his one son and his two daughters could go whichever way they pleased.

Sitting here in the shade in a rooftop garden, reading my father’s face for the story that belongs to him and will, I hope, belong to me. Be earned, in time, by me.

Beth Kephart C’82 is the award-winning author of 22 books, cofounder of Juncture Memoir Workshops, and an adjunct teacher of creative writing at Penn. Her new book, Wild Blues, was published in June by Caitlyn Dlouhy Books/Atheneum. Find Beth at bethkephartbooks.com.