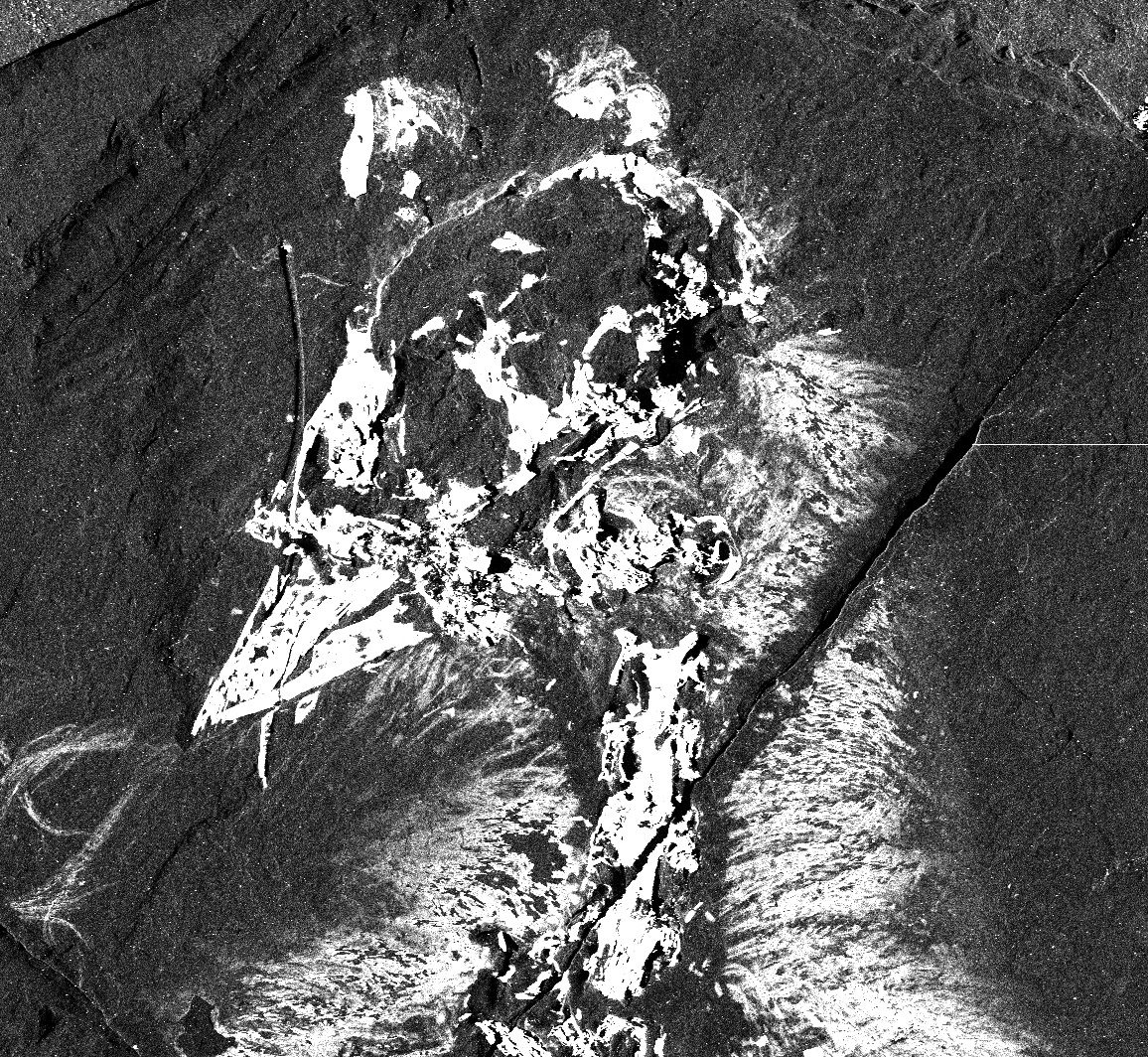 We met Penn professors Phil Manning and Peter Dodson in the July/August 2011 issue of the Gazette.

If those guys didn’t sound like mad scientists already, they will now. Their latest research sounds like it’s right out of a sci-fi novel. Using a machine called a synchrotron– which emits x-rays a hundred million times as bright as the sun – Manning reports that now, “we can map the ghosts of past life.”

Manning, Dodson and a team of others have decoded the pigmentation patters of creatures that lived a hundred million years ago. Their findings were published in the journal Science this month.

Whereas previous studies guessed at the appearance of these ancient creatures, the team decided to take a novel approach. They used the powerful x-rays of a synchrotron to examine the chemical structure of fossils.

The synchrotron allowed them to detect copper-bearing molecules in the fossilized feathers of ancient birds. And copper, Manning explains, “is the beating heart of the pigment molecule.”

Since copper is always bound into pigment molecules, Manning and his team were able to decipher pigmentation patterns of the fossils based on the concentration and distribution of copper.

The best part, Manning says, is that “no dinosaurs were harmed in this study.” Whereas previous efforts to study fossils required picking and probing, the synchrotron allows scientists to look at the fossils’ inner chemistry without causing any damage.

In order to paint an accurate picture of these ancient birds, Manning and his team had to compare their chemistry to that of modern animals. The results include the 120 million year old Confuciusornis sanctus, oldest known beaked bird.

Although the research doesn’t diagnose color to these organisms, it does reveal their concentration and distribution of pigment. In other words, the research reveals what these ancient creatures would have looked like in black and white.

But it was well worth it.

The synchrotron allows scientists to unearth the chemistry of organisms that lived millions of years ago. “It’s the closest you’ll get to taking a dinosaur’s pulse.”

But this research can more than just bolster our conception of animals long extinct.

“What we have found the key to is far more important,” Manning says. “We’re treating fossil records as a deep time experiment.”

With this new technique, Manning explains, scientists can predict what happens to organic debris we bury in the ground. We know, for example, that dinosaur bones hold radioactive compounds. Using the synchatron, Manning says, we can finally try to understand why – and that knowledge can help us manage better manage energy usage in the future.

According to Manning, the technique also allows scientists to look at how trace metals affect organisms past and present. By looking at the internal chemistry of various animals impacted by an oil spill, for example, we can learn which species and ecosystems are most affected. So, the next time there is an oil spill, “If you know which areas are most affected long term, you can protect those areas first.”

The implications are multifold. 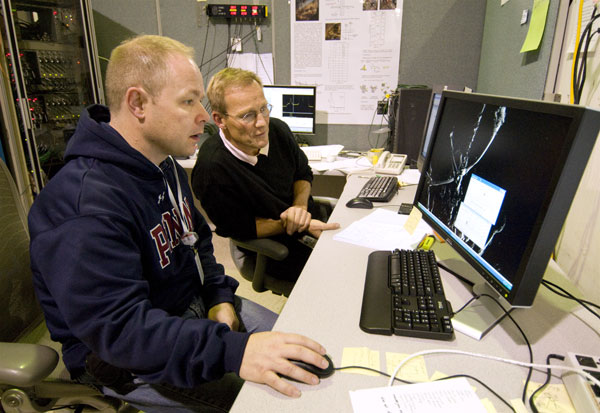 According to Manning, this just goes to show: you can never guess the outcome of research. Who would have thought that paleontology would hold a key to modern problems of radioactive waste or biohazard burial?

“If we don’t fund science – blue-sky science they call it,” Manning says – we’re missing out on a whole lot of discovery.

You can learn more about Manning’s research on his blog – Dinosaur CSI.