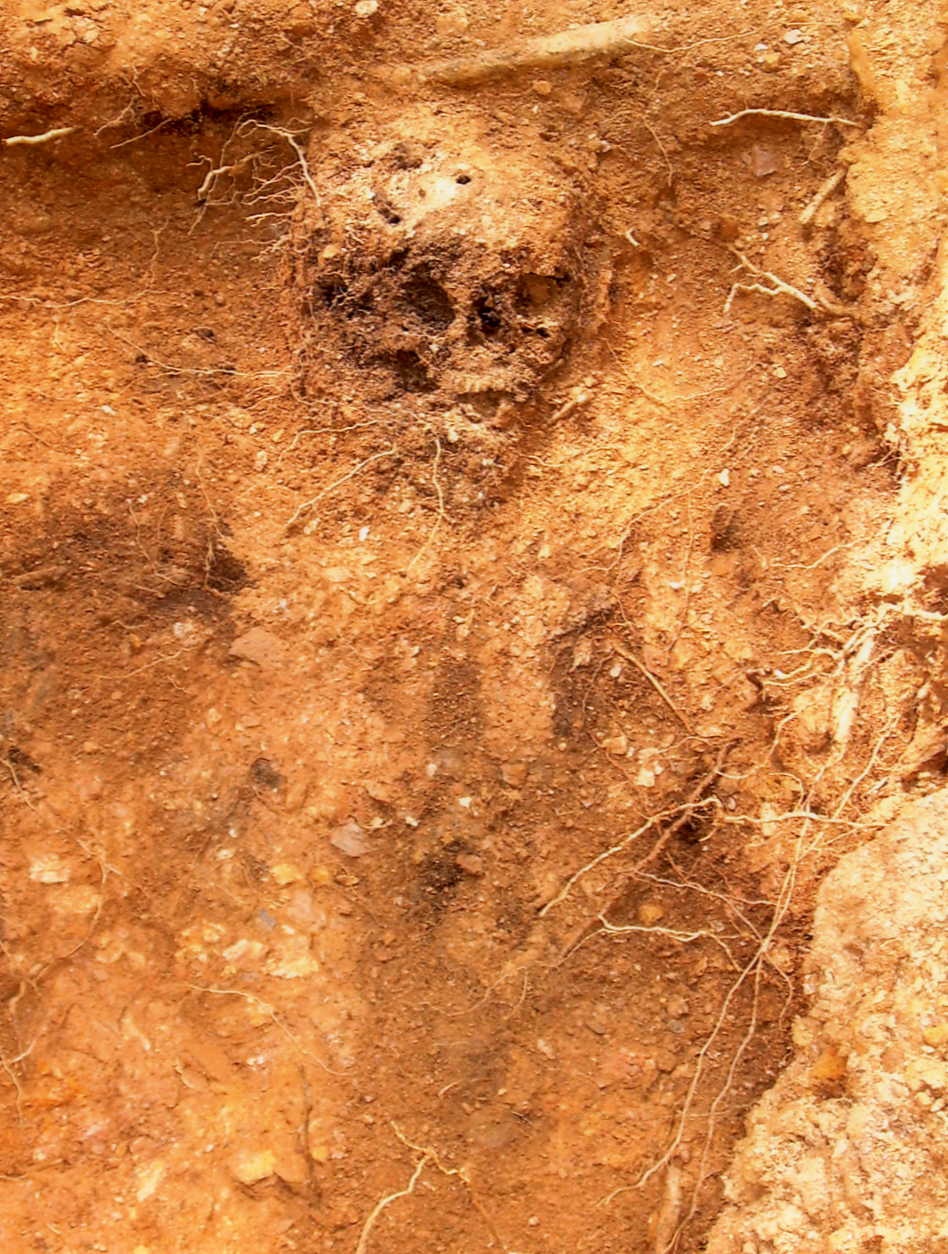 By most conventional measures William Watson G’86 Gr’90 is a pretty rational guy. Also a pretty smart one. I’d point to the master’s degree and PhD from Penn, the fact that he chairs a university history department, the books and scholarly articles he’s written.

One of those books is The Ghosts of Duffy’s Cut: The Irish Who Died Building America’s Most Dangerous Stretch of Railroad. It’s about the 57 railroad laborers who died suddenly in August 1832—from cholera as well as what now looks like murder—while building the first stretch of railroad in Pennsylvania. At issue here is the word Ghosts.

Watson is the main character in “Bones Beneath the Tracks,” (Nov|Dec), my story about the investigation into those deaths. He’s been the driving force behind the Duffy’s Cut Project, whose members have been trying for the past eight years to uncover the real story and the many historical threads connected with it. The team includes a number of other Penn-connected people, all highly educated, rational sorts. And they’ve accomplished a remarkable amount so far.

To my way of thinking, it’s a fascinating story, one whose layers of historical intrigue are as deep as the dirt and gravel covering the dead men (and possibly a woman). Of course, having spent more than a year—on and off—visiting the site, interviewing crew members, and finally writing about it, I’m wildly biased.

When Gazette Editor John Prendergast C’80 read the story, his first reaction was disappointment—“a touch of dismay,” as he put it in his column. Not because of the story itself, which he found pretty interesting. What bothered him was the suggestion of paranormal goings-on—in a word, ghosts. This is a university publication, after all.

If you haven’t read the article yet, here’s the back-story. One night in September 2000, before he knew anything about Duffy’s Cut, Watson found himself eyeballing a strange green apparition—“three illuminated human figures”—standing (sort of) on the lawn outside his office building at Immaculata University, which is about a mile from the Duffy’s Cut site. His first reaction was that they must have been some kind of neon art display. Then they suddenly disappeared. When he and his friend Tom Conner—who saw the figures first—looked around outside, they found nothing. (Truth be told, it’s a pretty unlikely spot for what would have had to have been a very sophisticated light show.) Over the next few days, Watson made inquiries, but nobody had any idea what might have caused him to see what he saw. So he let it go.

Then, two years later, he came upon a Pennsylvania Railroad file about Duffy’s Cut that had been in his grandfather’s possession. Since Immaculata was so near the site, he was intrigued by the file, especially when he saw that it contained the results of the PRR’s own private investigation of the deaths. One document was a 19th-century account of the Duffy’s Cut story that included an interview with an elderly man who vividly recalled a night in September 1832 when he was walking home along the railroad fill. It was just a month after the Irishmen had died, and the man obviously knew the story; when he got to the Duffy’s Cut area he saw some illuminated human forms that looked like “a kind of green and blue fire … hopping and bobbing on their graves.” The man emphasized that he “hadn’t been drinking no whiskey either that night.”

It sounded so much like what Watson himself had seen that he thought there might be a connection. At that point, he began trying to find out just what had happened at Duffy’s Cut. And he’s doing so, with increasing success, ever since.

Now, I consider myself an agnostic on the subject of ghosts. I’ve never seen one, and I don’t expect to. In that sense you could say that I don’t believe in them. But am I absolutely, utterly confident that such things don’t exist? No. Which is why I was mildly disappointed in John’s expression of dismay, though I understood where he was coming from. There’s a fine line between being open-minded and gullible on these things, and none of us wants to be to be included in the company of the latter. We all work in the Academy, after all, which prides itself on its rigorous skepticism.

“You lose credibility if you sound like a maniac,” says Watson, an amiable, energetic, down-to-earth scholar who has devoted a substantial chunk of his adult life to uncovering this mystery. “It’s not like anything that I’ve normally done, or any of the stuff that my normal research might be about. And if things hadn’t started rolling forward the way they did, I would have been very hesitant about ever even bringing it up again.”

In a sense, it doesn’t really matter whether or not Watson really saw three ghosts that night. He saw something, and whatever it was helped him become deeply engaged in a story that is part murder mystery, part history of the Irish immigrant experience in early industrial America.

What kept him—and the rest of the Duffy’s Cut crew—going was a mix of scholarly persistence, educated hunches, and something like faith: that this was not just a terrible tragedy but an historical injustice that needed to be brought to light. So far, after a lot of digging (literally and metaphorically), he’s uncovered more than anyone would have imagined.

“We were told, way back in the beginning, that the [Pennsylvania historical] marker wasn’t worth doing,” he says. “We were told that we’ll never find the bodies. Oh, and there’s no way they were murdered.”

Now, if he can just get his hands on the right contemporary document—like, say, the 1832 diary of Miss Mary Ogden, which he believes is still out there—he can tell the world exactly what happened that summer at Duffy’s Cut. Until then, he’s still digging.