Barbie Zelizer on the missing bin Laden photo, and the public record 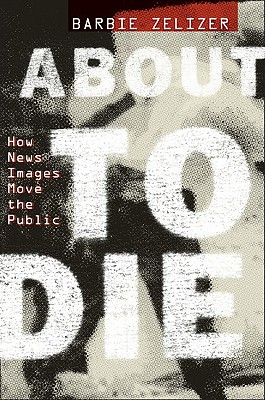 In the weeks since Osama bin Laden was killed, artifacts from his life in Pakistan have been surfacing for public view—videos he’d made but not yet distributed, his porn collection, and most recently an audio recording from the week before his death in which he expressed support for the recent uprisings in the Arab world.  But missing from this flotsam of bin Laden’s life is a crucial image that many have been clamoring for since the raid:  the picture of bin Laden’s corpse.  After a couple days of consideration, President Obama announced that he’d decided to the withhold the picture from release, calling it “graphic” and explaining that “we don’t need to spike the football.”  The photo was shown to a few Senators, and some pundits predicted that leaked copies were inevitable.  But notwithstanding a few well-debunked fakes, there’s been no indication that the authentic picture of bin Laden’s body will ever become a part of the public record.

Barbie Zelizer,whose book About to Die is featured in the May|June issue of the Gazette, offered her thoughts on why the photo’s absence from the record is a cause for concern:

Do you believe the picture of bin Laden’s body should be released?  Why? 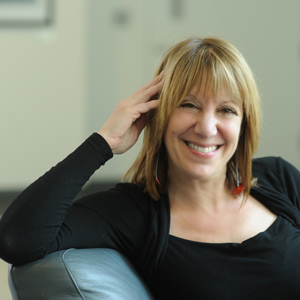 Absolutely.  I think there’s no question that it should be released.  The hesitation about releasing it reflects a far broader and more profound ambivalence about the use of pictures in news.

I don’t think we can have it both ways.  The news is not the picture; the news is the death of Osama bin Laden.  And to make the claim that this picture would inflame Islamic sentiment begs the case, which is that public sentiment is inflamed already.  We don’t know enough to know whether or not the publication of a particular photo would make it worse, or have no effect.  But the point is that the picture is part of the news record.  And either we need to recognize that images provide a different kind of documentation of the news—and need to be treated as such—or we expunge images from the news record.  And I don’t think we’re exactly going to do the latter.

But the idea that Obama, or bereaved parents, or Afghani militias make the call…suggests that the case by case basis that this is getting decided on is profoundly problematic.  Because it’s a slippery slope as to who gets to make the call.  And there’s multiple precedents for showing pictures of people dying in the news.  Both of Saddam Hussein’s brothers were shown.  The picture of Zarqawi’s [body] was shown widely across mainstream media.

If you look at the picture of Neda Agha-Soltan, the student who was shot to death in demonstrations in Tehran a couple years back, that video made its way across the news media martyrizing her, as a kind of emblem for democracy in the Middle East.  The point is, [in that case] there was a narrative that could be easily imported.  Here, we don’t quite know how to make sense of this yet.  So the picture is a more dangerous tool—we don’t know where it’s going to take us—but that is absolutely not a reason for not showing it.

The gruesome nature of the bin Laden photo is one of the primary reasons we’ve been given so far as a justification for keeping the picture from public view. Do you think that justification holds up?

To me, whenever you get the [statement] of “this is not appropriate, this is not decent, this is too vulgar, this is too gruesome,” that is the warning call to me—that those kinds of judgment calls are covering up or standing in place of a far more profound ambivalence about the power of images.  Because what does that mean for it to be too gruesome, in a day and age when we can get anything we want off the internet?  Or when we pay to go see movies where we see people’s brains being splashed across the screen.  Or on television, where we see gruesome death all the time.

This is not about gruesomeness, per se.  And that’s why I say the case-by-case basis is so problematic, because it makes it seems like we’re doing the same all across the board, and we’re not.  And it’s gruesome because the events are gruesome.

If the White House did release the photo, would it actually quiet the skeptics?

The question is the [credibility of the journalistic] record.  And I think when you look at in those terms, the pulling of a picture from that record becomes far more problematic than using the photo in the record to begin with. 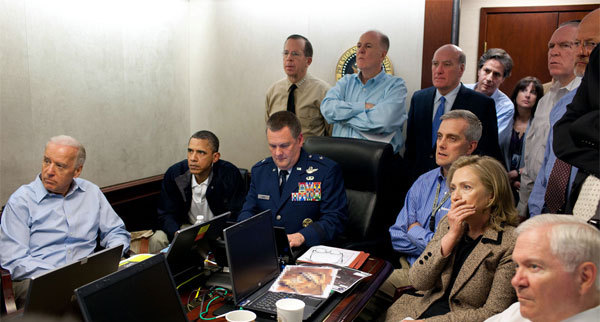 For example, take the [now famous situation room photo] of the whole White House team watching the video of Osama bin Laden being shot.  Of course the picture is only of the team watching a video that is outside of the camera, so it’s left to us to imagine what it is they’re looking at.  And that something is something that Obama has already told us we don’t get to look at.

And Hillary Clinton, in the picture, has her hand up to her mouth.  And the immediate reaction was: “she’s horrified.”  But she has gone on record as saying she doesn’t remember what she was doing at that moment, and that she may have been suppressing a cough.  So, here you’ve got all these little stories that build up about this magical material that we’re not being allowed to see, which gives it automatically more importance that it would have had.