Days from the Tonys 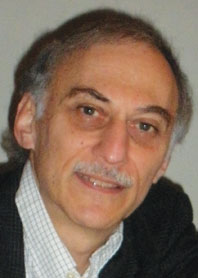 In the Gazette’s May|June 2011 issue, book critic Dennis Drabelle G’66 L’69 reviewed Showtime. Written by musical theatre historian/scholar Larry Stemple Gr’79, the book provides an in-depth (as in, 826 pages) history of musical theatre. With the 2011 Tony Awards coming up this Sunday, Stemple — an associate professor of music at Fordham University — was kind enough to speak with me about some of the trends and major shifts happening on the Great White Way. (He also answered that age-old question: Is theatre dying?)

Will you be tuning in to the Tonys on Sunday?
Definitely. It’s an annual family affair for us. And while in many situations I disagree violently with the [nominees], the Tonys have their own reason for being. They’ve become a valuable item in our culture, and they help give a sense of worth to musical theatre. The very fact that people disagree over the awards is also a good thing — it helps generate interest in Broadway.

Any predictions for what will happen this year?
I think the prediction for which show is going to win Best Musical is hardly a prediction at all. Surely, the runaway winner is going to be Book of Mormon. I think both in terms of the performance and the imagination that’s gone into it, there’s a lot there.

What are some of the biggest trends you’re seeing on Broadway right now?
Looking at the nominees this season, I’d say the big trend is the conversion of movies into musicals: Catch Me if You Can, Sister Act. Those originated as very popular movies but probably won’t make it very long as live musical adaptions, and that to me seems to be a growing trend. It’s also something I think will continue to grow in the future, simply because of the economics of what’s happening in musical theatre.

Can you expand on that last part?
Look at Walt Disney, for example. I think [that company] really started the current phase of the movie-to-Broadway trend. Lion King [the musical] came from a movie that the company owns, so it doesn’t have to pay for the rights. Then Disney produces it purely within its own operation, and finally, they mount it in what has become Disney’s own theatre, the New Amsterdam. Before that, the transition from movie to musical was divided among various people. Now, Disney controls virtually every aspect of the operation.

It’s become a rather corporate attitude in terms of the production of musicals, and Disney’s approach has become a model. In the past, there was a marked distinction when movies were converted into musicals: the name was always changed, and there was a significant sense of a different approach and ethos and spirit. The conversion to Broadway had nothing to do with the original owners or creators, while today you have shows that in many cases have the same producers as the movie version.

So Broadway’s going corporate?
That’s what’s happening more and more. The corporate mentality has taken over Broadway in recent decades. It was kind of a mom-and-pop organization until the late 70s and even the early 80s. It was a small business venture when compared with the movie industry or the recording industry. Nowadays, those major corporate entities have absorbed a lot of Broadway, and that’s become one of the major avenues Broadway’s proceeding down.

For me, the two strongest candidates for the Best Musical category this year — Book of Mormon and Scottsboro Boys — are both shows that didn’t begin as movies.

What about the emphasis on big budgets and special effects? Do those come at the expense of other important musical elements?
Since the advent of the mega-musical inthe 1980s, people have become accustomed to increasingly spectacular effects in musical theatre productions. If they’re not there, at least a certain segment of the audience will probably feel cheated.

But looking back into history at the first “blockbuster” musical — a post-Civil War show called The Black Crook — people were most interested in it as a stage spectacle in and of itself. Even Mark Twain, who caught a performance and wrote about it in his memoirs, talked at length about its lavish effects.

In other words, the idea of spectacle is nothing new in musical theatre, but around the 1940s and 50s, people started to temper their idea of “spectacle.” Now we like to see stories developed in a certain way and characters we can identify with. If the spectacle supports that, I think it can be a knockout show, but if the two go their separate ways, then you’re getting a different kind of musical theatre altogether.

How else has musical theatre changed over the years?
Musicals have become so expensive to mount and that, to me, militates against the possibilities of [new] creative people — songwriters and book writers and lyricists — breaking into musical theatre. It’s become such a costly and risky affair that no one wants to take a chance on an unknown person or untested material.

Back in [composer George] Gershwin’s day, the risks weren’t nearly so astronomical. It’s harder now for someone who’s interested in writing shows to get that break, to be able to produce a show on the big side.

On the positive side, more and more venues both in New York City and around the nation are producing musicals of all kinds so that younger people who are interested in writing musical theatre have the chance to be heard.

We’ve heard so many times over the years that Broadway is in trouble; based on your research, is it?
It is in trouble, but it’s always been in trouble. I’m not worried. It’s a perennial concern. In fact, there’s a Rogers & Hammerstein show called Me & Juliet that includes a chorus that goes, “The theatre is dying, / the theatre is dying. / The theatre is totally dead.” This goes back to the 1950s and even before then. Someone once referred to Broadway as “the perennial invalid.” It’s an ongoing theme throughout history, and it’s to be taken with a grain of salt.

You’ve written about musicals at such great length – do you have a favorite show?
I’m often asked that question, and I have a standard reply: That’s like a parent trying to pick a favorite child. I like each one of them for different reasons — each has its own set of strengths and weaknesses.

How about giving us your top five then?
Guys & Dolls is definitely up there. I love it for so many reasons. It has a wonderful, tightly written book with a very witty score that just lends itself perfectly to what the characters are all about. It’s both funny and moving — not all shows can accomplish that.

Also, Sunday in the Park with George. I just find it highly intelligent and again, it embraces a very deep emotional involvement — something people don’t usually say about Sondheim shows. It approaches the problem of being an artist — of creating anything, really — and the difficulties one has to face professionally and personally.

To learn more about Stempel’s book, Showtime, you can visit the publisher’s site or pick up a copy on Amazon.