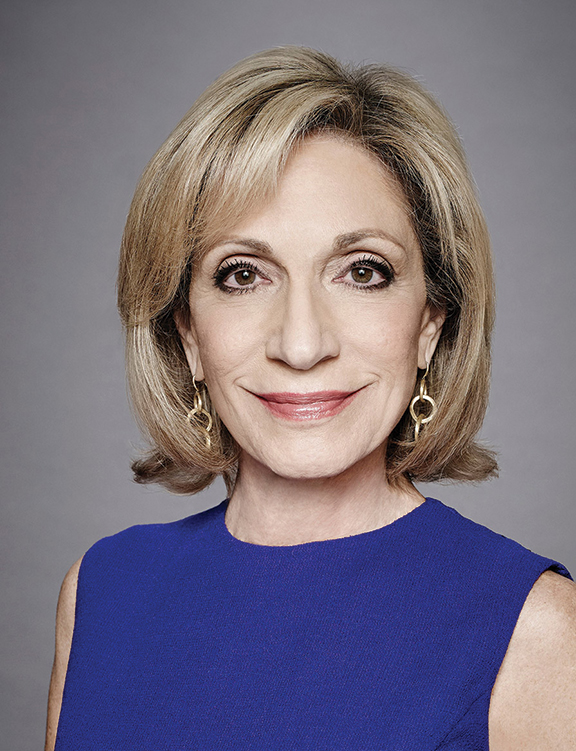 Andrea Mitchell CW’67 , the chief foreign affairs correspondent for NBC News, will deliver the address at the University of Pennsylvania’s 262nd Commencement on May 14 and receive an honorary doctor of humane letters degree.

Mitchell received her bachelor’s degree from Penn in 1967, majoring in English. She stayed in Philadelphia after graduation as a reporter at the KYW radio station and then moved to Washington, DC, in 1976 to work for a CBS affiliate. Two years later, she began working at NBC News, where she has gained national attention for her work as a broadcast journalist. Mitchell published a memoir, Talking Back: …to Presidents, Dictators, and Assorted Scoundrels, in 2005 [“Talking Back, Getting Hitched, Speaking Out,” Nov|Dec 2005]. In 2017, she donated to the University to establish Penn’s Andrea Mitchell Center for the Study of Democracy, which supports fellowships and research relating to democracy and citizenship. She chairs the Penn Arts and Sciences Board of Overseers and has been an emerita trustee since last year.