It was the first Friday in April, 1973. A large group of women had gathered under the vaulted ceiling of Room 200 in College Hall, excitedly awaiting an update about whether or not they would be spending their weekend there. For five days, this contingent of female Penn students, staff, and faculty had been staging a sit-in, protesting a number of rapes that had taken place around campus and what many perceived as an insufficient reaction from the University’s Department of Public Safety and the administration at large.

Rose Weber CW’75 L’96, a core organizer of the sit-in, remembers the scene. “It was very exciting, almost sort of festive in a way,” she says. “Some local businesses were sending food in to us, and some of the professors were holding their classes with us in College Hall. It was not like an angry and yelling atmosphere at all—it was much more upbeat. It just felt very empowering.”

Hundreds of women spent that entire week occupying corridors of College Hall, spending their nights in sleeping bags, while a smaller number met with President Martin Meyerson Hon’70, Provost Eliot Stellar, and others to discuss their demands. [Visit the Gazette online for archival reporting on the sit-in.] Among their priorities were improved lighting around campus, free self-defense classes, the appointment of a female Special Services officer to deal with sexual-assault cases, and a bus service and walking security escort to safely transport students to off-campus housing. Also on the list of demands: space and funding for a Women’s Center, a resource that would advocate for sexual-assault survivors, help them navigate the University’s system of reporting, and provide counseling services.

The Penn Women’s Center celebrates its 40th anniversary this fall. Though its role has taken various shapes throughout this span, its commitment to gender equality at Penn has been an unwavering constant.

Carol Tracy CGS’76, a key organizer and now the executive director of the Women’s Law Project in Philadelphia, served as director of the PWC from 1977 to 1984 [“Safe Places,” Nov|Dec 2002]. During her time at the Center, housed during that time in Houston Hall, she led initiatives to streamline the bus and escort systems, install alarms in women’s bathrooms to deter sexual assault, and implement the now ubiquitous policy of showing ID to gain entrance to the College Houses. Tracy’s tenure was that of a fervent activist.

“I always believed that the job description of the director of the Women’s Center was to be an advocate, which meant I always had to be ready to be fired,” she reflects. “When I saw mistreatment or injustice, I had to speak out against it, and I did.”

Throughout the 1980s and ’90s, the Women’s Center tackled a growing number of issues under the leadership of Elena DiLapi SW’77, who helmed the center from 1985 until 2006. She and her staff facilitated anti-racism work in concert with anti-sexism work, addressed sexual harassment in the workplace and in the classroom, advised women faculty who had been denied tenure, and mentored women’s activist groups and student groups.

An important moment in the Women’s Center’s history came in 1995 when, as part of a campus-wide initiative to diversify Locust Walk, the Center moved from Houston Hall to its current location on that pedestrian thoroughfare. A series of renovations to its spacious new home expanded what was programmatically possible, says DiLapi.

“We had more space for student workers, a library, and a big lounge where we could have events,” she recalls. The central location also gave women’s issues a greater presence and significance.

While the Women’s Center was, and continues to be, a place for students, its goal from the beginning has also been to serve as a resource for staff, faculty, and the community. Vice President for University Life Valarie Swain-Cade McCoullum credits the PWC for helping her feel at home at Penn.

“The University that I arrived at in 1977 still felt closed off to a number of people in the community,” she says. “The people affiliated with the Center were a group of wonderful folks who helped me make connections that have sustained me through my tenure at Penn.”

Salamishah Tillet C’96 G’04 found meaningful support at the PWC as an undergraduate.

“I was sexually assaulted on a study-abroad trip my junior year, and the Women’s Center was an essential place for me to facilitate my healing and discover my voice after my trauma,” she says. “It was a pretty racially diverse space as well, so I didn’t feel estranged or alienated because I was an African-American woman,” she adds. “I actually felt really comfortable as a woman of color among others who worked there or went there.” Now, as an associate professor in the English department, she says she also sees the Center’s value as a resource for faculty.

In the 21st century, the Women’s Center has continued to evolve with the times. The Penn Violence Prevention project, originally funded through a federal Violence Against Women Act grant, has addressed issues including sexual assault, dating violence, and stalking on campus through training, education, and marketing campaigns. The annual Take Back the Night rally has been revitalized and now boasts a large turnout each year [“Gazetteer,” May|June 2013]. The Vagina Monologues has become established as a popular awareness and fundraising vehicle and is now complemented by Penn Monologues, which showcases original material by members of the University community.

As questions of personal and political identities have gotten more complex and nuanced, the PWC has expanded its scope to keep pace. Current director Felicity Paxton G’95 Gr’00 notes, “We partner with other cultural-resource centers to provide space and support for what you might call intersectional groups. For instance, Queer Ladies at Penn: where is their home? Do they belong in the LGBT Center, or the Women’s Center? We’ve been able to have good collaborations with our colleagues and send a strong message communally that says, ‘You belong everywhere you want to be. You don’t have to choose, or be pigeonholed.’”

There have also been physical changes at the Center, aimed at accommodating an expanding range of users and uses. A lactation room, environmental-education kitchen, and garden have been recent additions, and Paxton would like to see the large attic renovated to become a multi-purpose room.

“Our goal is to increase our capabilities so a vast array of different programs can happen here,” she says. “The work of promoting gender equity is ongoing and demanding, so we want to create a space that nurtures everyone engaged in that vital work. Do women and men come to PWC to collaborate on feminist social justice projects? Absolutely. But they also come here to study, knit, nap, cook, play, and relax. We’re redefining success to incorporate care for self and others, and that means creating a welcoming, low-stress setting folks can call home.” 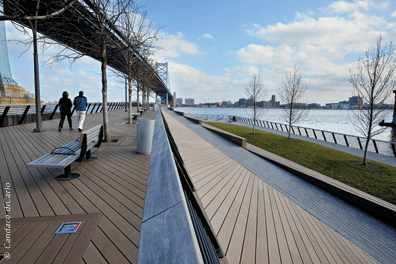 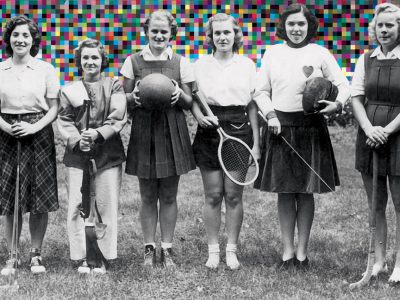