If the risk of big wars is back, is America’s defense establishment ready?

By August Cole | After years of counterinsurgency and counterterrorism operations in Central Asia and the Middle East, the United States is realizing that a Great Power war is a real risk. Russia is weakening economically, yet wields a nuclear-armed military adept at asymmetric warfare that can quickly crack Europe’s brittle political order. Even with stock market hiccups, China’s economy is fueling a historic rise in living standards and a return to a historic spot as a global power. It is arming itself accordingly with stealth fighters, precision weapons, and nuclear submarines. The latest US National Military Strategy, released in July, reflects this concern, pointing out that “future conflicts between states may prove to be unpredictable, costly, and difficult to control.”

Until recently the consensus wisdom said otherwise. Four years ago, The New York Times published a piece titled “War Really Is Going Out of Style,” arguing that the era of wars between states was over. A more realistic assessment would be that the only thing that’s gone out of style is our approach to preparing for state conflicts.

In stark contrast to the Cold War era, when the Department of Defense played a pivotal role in birthing the Internet and the GPS navigational system, the US military faces a leveled global technological playing field that favors disruptive innovations rooted in civilian-sector breakthroughs rather than bureaucratic programs measured in decades. Technologies that feature both a commercial business rationale and strategic value are proliferating and getting cheaper. Google dominates the applied robotics market through brute economic force and Silicon Valley allure; SpaceX pushes the boundaries of space launch for both the commercial and government markets; and political revolutions are no longer kicked off with bags of foreign cash but by empowered change makers wielding Twitter and Facebook accounts.

The Pentagon now has to both harness this new wave of civilian innovation and prepare to counter adversaries that may be doing so faster. Accordingly, the US is in the midst of launching a “Third Offset” strategy that seeks gadgets and wizardry—be they developed directly by the Defense Department or by the private sector—to give American forces the kind of technological edge the US spent heavily on to thwart the Soviets. The US military is focusing its advanced research programs on swarming algorithms, directed energy weapons, and targeted cyber weapons—and even a satellite-free GPS replacement.

In the context of Great Power conflict, technology will be decisive—but not in the way most people think. To start, it is no guarantee of deterrence. The very nature of precision navigation, additive manufacturing, and advanced simulation and design software means that trying to create a lasting monopoly on the cutting edge won’t pay off as it once did. Furthermore, asymmetric uses of weapons will be a paradigm of future conflicts. A singular example is the recent strike by ISIS forces against an Egyptian navy patrol boat that employed a rocket launcher normally used against tanks, not ships. A more sophisticated version might be Chinese hackers using a computer virus to scramble GPS satellite signals the US military depends on for navigation and targeting. This is why the US Naval Academy is teaching midshipmen celestial navigation again, after decades of thinking it unnecessary. Technology, for all its advantages, has tremendous liabilities in wartime. China’s successful 2007 anti-satellite test, as well as its regular hacks of US private and public defense networks, have revealed that Beijing understands this all too well.

For policymakers and leaders in Washington this means three things.

The Defense Department needs to master the art of buying game-changing technologies produced by government programs as well as private enterprise. Check out DARPA contracts and programs, and it’s clear there are plenty of geniuses making real progress. But invention and acquisition are often separated by a very wide gulf. For all the fanfare of the Secretary of Defense’s worthy focus on opening up ties with Silicon Valley, the reality is that the defense bureaucracy will struggle to acquire systems that don’t hew to the status quo ways of budgeting, testing, and development. Fixing that won’t necessarily require a bonfire of red tape, but it will require cutting back on redundant oversight, directly rewarding successful small programs and their managers, and allowing for greater experimentation—and failure—to fit a much higher metabolic rate of innovation than today’s rules are designed for. Unmanned autonomous systems, for example, challenge many political and industrial traditions in Washington in ways that will thwart their usage even when it makes sense.

With space and cyber warfare enabling networked operations, strengths can quickly be turned into weaknesses. Any 21st-century military wholly reliant on GPS navigation for positioning or targeting will be as vulnerable as cavalry once was to machine gun fire. As the documents revealed by Edward Snowden show, the US defense and intelligence community is very good at offensive cyber operations. Defense needs to be taken more seriously. A recent report this year from Defense Department weapons testers probing cyber vulnerabilities revealed that investigators “found significant vulnerabilities” on “nearly every acquisition program” they evaluated. The revelation this July of the loss of 20 million security background-check records from the Office of Personnel Management—valuable information in the hands of government hackers who are targeting individuals with trick emails used to steal passwords—lays bare the near-term damage and the long-term risks to the defense community.

The US must also truly plan for the worst day. It is foolish to design and build weapons systems and military technologies based on assumptions that pilots in wartime will have fully functioning sensors to aid them in dogfights, or that their aircraft’s stealthy coatings will be as pristine as they are in peacetime. Fundamentally, this requires resisting the temptation to underestimate the harsh battlefield environment of a major conflict, let alone an adversary’s own ability to innovate and disrupt. One of the biggest sins in planning for future warfare is the confident conviction that one side has the only arsenal of good ideas. That is a recipe for defeat, and manifests in imprudent compromises on everything from how to protect vulnerable aerial refueling tanker aircraft over the Pacific to the Navy’s overly optimistic plan to convert commercial ferries into warships—failing to produce either cost savings or a truly capable military craft.

The interesting thing about failures like these is that talking about them does not make them more likely. In fact, the opposite is bound to be true. This is where narrative, and fiction, plays a key role—because it can take an abstract concept like a Great Power war and make it real, at least in a book or on a screen. After all, it’s been 70 years since the US Navy fought a major surface engagement against another nation. Talking about the next time a Great Power naval battle could happen can help us face such dangers head on, and afford us time to change course so that never comes to pass.

August Cole C’97 is a former Wall Street Journal reporter, current director of the Atlantic Council’s Art of Future Warfare project, and co-author, with P.W. Singer, of Ghost Fleet: A Novel of the Next World War (Houghton Mifflin Harcourt, 2015). 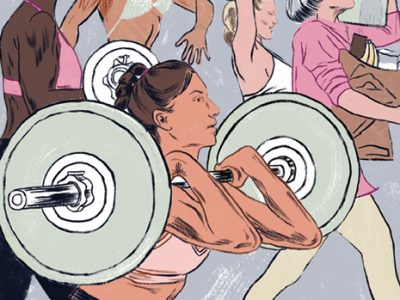