At the Democratic presidential debate in Atlanta on November 20, two of the four members of the all-female panel of moderators were Penn alumnae—NBC News chief foreign affairs correspondent Andrea Mitchell CW’67 Hon’18 and Washington Post White House reporter Ashley Parker C’05. They were joined by MSNBC anchor Rachel Maddow and Kristen Welker of NBC News. Mitchell “and all of the other moderators are not just amazing journalists, but they were wonderful mentors, guiding me through this very surreal—and amazing—process,” said Parker, the youngest of the quartet. Mitchell, in turn, called Parker “terrific” during a talk at the Kelly Writers House in December. Here they are together during a rehearsal the day before the debate. 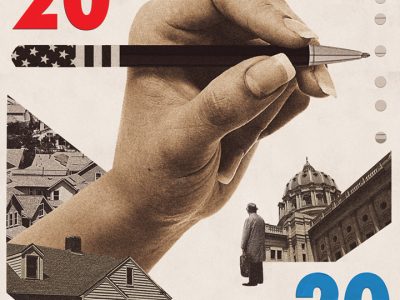