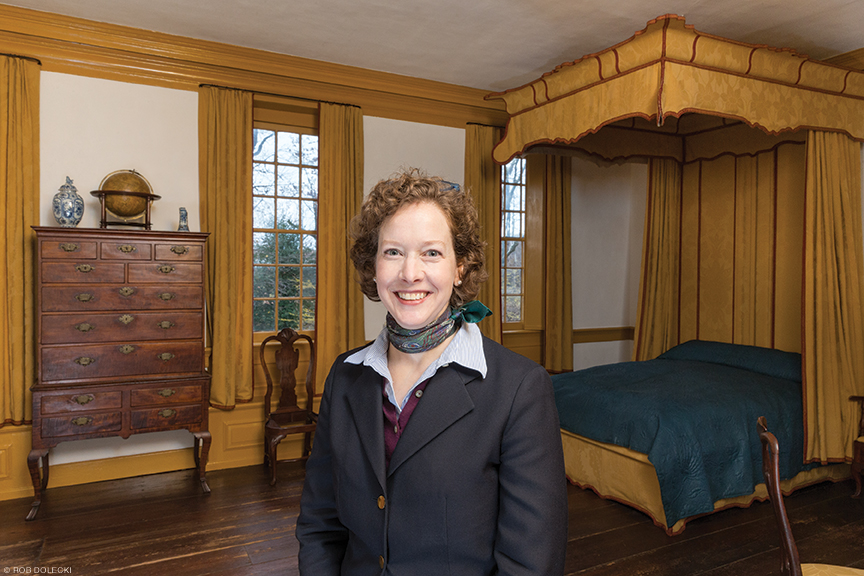 A graduate alumna oversees the house of one of the College’s founding fathers.

At first glance there’s nothing remarkable or, for that matter, attractive about the block of North 18th Street between Windrim Avenue and West Courtland Street. Like many parts of North Philadelphia, it looks a bit depressed—vacant lots, gritty industrial buildings, run-down row houses. Yet through a chain-link gate, a cultural treasure hides in plain sight. This is the entrance to Stenton, one of the city’s most significant historic house museums and about as unspoiled an 18th-century domestic interior as you’re likely to find anywhere in the country.

Stenton was originally the country home of James Logan (1674 – 1751), a founding trustee of the College of Philadelphia. (Logan Hall, now Claudia Cohen Hall, was named for him.) For more than a century now it has been a museum, and its curator is Laura Keim GFA’97, a lecturer at PennDesign who teaches a course on the history of American interiors. (She also organized a national conference titled James Logan and the Networks of Atlantic Culture and Politics, in partnership with the McNeil Center for Early American Studies.) 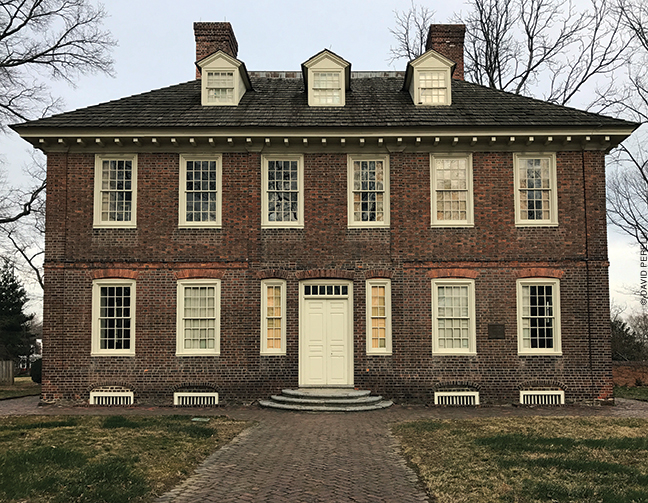 “It’s a survivor,” she says of the house that was built in the 1730s and in which she’s worked since 1999. Her vast and detailed command of Logania are imparted easily to those who tour the museum with her. “There were more houses of this type, but because not that many of them are left, this one is special.”

The Irish-born Logan was what his contemporaries might have termed a “man of parts.” Statesman, administrator, merchant, scientist, bibliophile, and linguist, he emigrated from England in 1699 at age 25 to serve as William Penn’s provincial secretary. Elected mayor of Philadelphia in 1722, he also served as Pennsylvania’s chief justice from 1731 to 1739. By then he had acquired the means to build his substantial yet unostentatious house, originally situated on 511 acres (now down to about 13).

Stenton, Keim explains, exemplifies a gentleman’s house, an architectural form that flowered in Britain and its colonies in the late-17th and 18th centuries. These compact classical houses resembled scaled down versions of the palaces of the aristocracy, generally adopting a five-bay plan with sash windows, dentiled cornices, and, frequently, hipped roofs.

“This overall design is fairly common for a successful merchant gentleman,” she notes. “And when James Logan actually moves in here, he’s about 50. This is a typical age for builders of these types of houses in the British Atlantic world; they’re people who have already achieved their status by the time that they’re in one.”

In 1777, during the Battle of Germantown, Stenton served as the headquarters of British General William Howe. It survived the Industrial Age mostly by chance, in the form of an 1832 railroad embankment that separated the estate from nearby suburbanizing Germantown.

“This became a more industrial neighborhood as a result,” Keim explains. “Later generations of Logans started to buy property north and west of here and were not living here roughly after 1860. They had tenant farmers, so they didn’t change the property because they didn’t have a reason to update it. They didn’t add plumbing or gas lighting, so that’s part of why it’s in a really pristine 18th-century state.”

By the late 19th century, the house was uninhabited and neglected. But during this period the Colonial Revival movement awakened an intense interest in old buildings and furnishings, and patriotic organizations devoted to their preservation sprang up. In the case of Stenton, the Pennsylvania chapter of the National Society of the Colonial Dames of America took charge in 1899. The Dames oversee the museum to this day, although now a staff of trained professionals runs it.

“It’s been a longtime project for the Colonial Dames,” says Keim. “We as a staff work very closely in partnership with them, and they sit on something called the Stenton Committee and are very much involved in our decisions, fundraising, and strategic planning.”

Keim herself grew up in the Philadelphia area. After earning her bachelor’s degree in art history from Smith College, she decided to pursue graduate work in historic preservation at Penn’s School of Design.

“I chose preservation because I loved architectural history and I realized that I needed to have a master’s degree to move up in a museum environment,” she recalls. The program’s connection to her hometown was an added bonus. “It was also an opportunity to really learn more about this region and its culture and its built environment in a way I hadn’t before.” 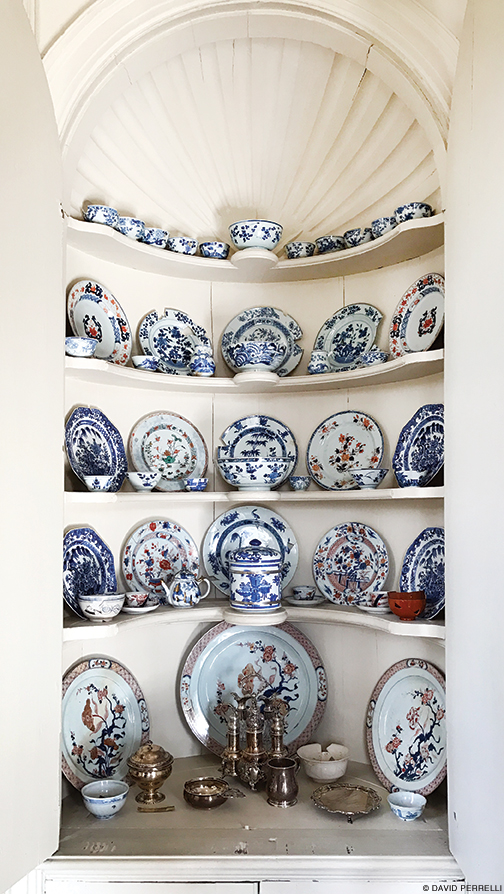 Her approach to Stenton’s interior has been fairly conservative. “We have a real do-no-harm philosophy,” she says, noting that the house is appointed with as many Logan family artifacts as the staff has been able to track down, and arranged to accord with early inventories. Occasionally, important new objects turn up, such as the Logan family tinder lighter, an elaborate pistol-like device for producing a spark—a luxury in the days before matches.

One recent project, though, has brought admirable changes to what’s known as the Yellow Lodging Room, whose fairly uninspired treatment hadn’t changed for decades.

“This was the best bedchamber, and it was called that because of the yellow worsted damask window and bed curtains that we know from an inventory once hung there,” Keim explains. A bit of sleuthing and a dash of science yielded valuable information about its earlier appearance. One was a couple of telltale iron hooks, still mounted to the ceiling.

“These are physical evidence for a flying tester bed,” says Keim. “Basically, the foot end of the tester is suspended from these hooks, and since there are no foot posts, it’s a very grand presentation of a bed.” Microscopic paint analysis then revealed that the brownish woodwork had originally been a vibrant gold.

Armed with that information, Keim commissioned a weaving studio in England to reproduce a suitable damask, copying a pattern from a 1752 portrait of Lady Juliana Penn and achieving the proper yellow with old fustic, an authentic natural dyestuff. These hangings were then used to dress a newly built flying tester, itself carefully copied from a period example. Even the paint, originally a combination of yellow ochre, red ochre, lead white, and linseed oil, was compounded from scratch and applied using replica brushes (minus the lead, of course).

“The new paint has a kind of unevenness to the texture, very unlike the look of modern, homogenized paint from the paint store,” notes Keim. All that painstaking work—a sharp contrast to the more speculative and fanciful interpretations of previous decades—has resulted in the kind of historical accuracy that only a time machine could improve upon.

Stenton consistently welcomes about 5,000 visitors a year—including Logan descendants, old-house aficionados, and 5th graders from underserved Philadelphia public schools, brought there by a program called History Hunters. Its proximity to other historic attractions has helped.

“We’re really lucky to have 16 sites open to the public in this two-mile stretch that we consider to be historic Germantown,” says Keim. “Each site really has its own niche; we’re all unique small institutions.”