My Mama, My Abuela, My Home

Jane the Virgin and me. 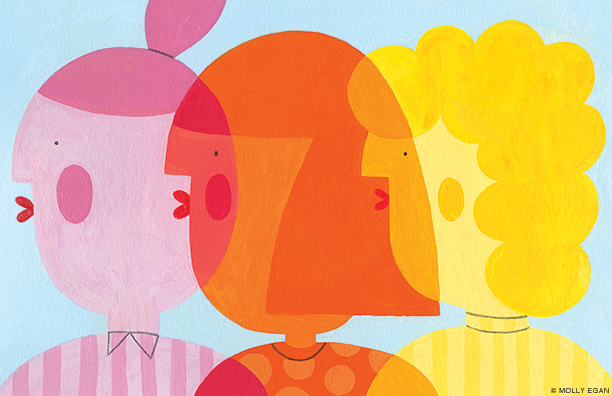 By Syra Ortiz-Blanes | When I first told my mother that I was writing about Jane the Virgin for the Writing About TV series at the Kelly Writers House, she decided to watch an episode out of curiosity. She quickly called me, concerned, and asked: “¿Syra, en qué estás pensando?” — what on earth are you thinking?

I understood her confusion. The show focuses on the story of Jane Villanueva, the daughter of a teen mother who, influenced by her Catholic Venezuelan grandmother, grows up determined to remain a virgin until marriage. Things are going wonderfully for Jane until she is accidentally artificially inseminated by her Ob-Gyn, who is the sister of the owner of the hotel where Jane works. Also, Jane’s boss is the accidental sperm donor, whom she kissed five years ago, before becoming his employee. And did I mention that Jane is engaged to a detective who is looking into the hotel owner’s wife’s possible role in a homicide? Fortunately, a baritone narrator guides us through the show’s twists and turns. Because things only get more complicated from there.

The series is both a parody and an unwilling homage to the tried and true formula of the telenovela. If you haven’t seen one, just know it is a series of mistaken identities, long-lost mothers, fathers, identical twins, poisonings, murders, separations, reunions, births, deaths, and divorces, all culminating in a happy wedding. In other words, they parody themselves, so they really don’t need anyone making fun of them.

Anyway, my mom was right. All in all, the show has the makings of a great soap opera, but not so much the makings of my life. But, perhaps, I told my mother, the show has such an absurd premise that its real value gets lost in the assumption that it should be judged for its telenovelaesque sensationalism.

At first, I wasn’t planning to write about Jane, the artificially inseminated virgin; or about the dynamic of her father being the star of her grandmother’s favorite show; or about Sin Rostro, the drug lord Jane’s detective fiancé spends the entire first season chasing.

Instead, I was thinking about an aspect of the series often overlooked: the relationship between the three generations of Villanueva women — Jane, her mother Xiomara, and her grandmother Alba. Throughout the entire series, Jane the Virgin ultimately presents a powerful representation of a modern, Latin American matriarchal family. No matter what happens in Jane’s frankly absurd life, she has a foundation she can depend on—these two independent and strong women who have shaped her into the person she is. Yes, what propels the plot of this show are the often dramatic developments. But what propels Jane is her family of three.

When I encountered the Villanueva women, I immediately recognized the intergenerational dynamics because I shared them with my grandmother and mother — along with the same lack of boundaries, the humorous three-way conversations, and the fierce, unconditional love. In Xiomara and Alba, I immediately recognize the matriarchs in my life.

Granted, there are differences: I was raised in Puerto Rico among my own people, not as a second-generation American in the United States. I never lived in fear of stringent immigration laws, as Alba does because of her undocumented status. I never worried about my education because my family, my university, and my student job have been able to support me. I lived in a fully Spanish-speaking household, where if I mixed English and Spanish my mother, who speaks five languages but is ever the linguistic purist, would scold me: “You’re corrupting your native tongue with inglés!”

While this intergenerational dynamic is easy to overlook, it’s a key component of the series. It also hits close to home. For nine years, I was raised by my mother and my maternal grandparents until my stepdad-turned-dad, Enrique, came into the picture and eventually assumed a parental role. Even during those nine years, my grandfather became known as my abuelopapá, which translates to grandfather-father, literally. Yet in my first nine years of life, a three-generation lineage, a profound and irreversible connection, was solidified among the Ortiz-Blanes women.

I remember being five years old at my great-grandmother’s sprawling dining room table, where I ate lunch every day as a preschooler with my matriarchs and my matriarchs’ matriarch. It was at that same table where abuela taught me how to read, as Mamama, my great-grandmother, then in her late-80s, observed in silent glee. It was also there that my mother told me that if I wanted Mamama to hear my te amo, I needed to shout into her left ear because that was her less deaf side.

I have few memories of those afternoons, but one day in particular always comes to mind. As I devour amarillitos dulces, pan-fried, caramelized plantains, I ask my mother if I can go to a sleepover at the house of a girl who also goes to Cardibel, my preschool. Before my mother can answer, my grandmother gingerly puts down a plate of white rice and says no. I look at my mother with protesting eyes, and she simply replies: “Tú no tienes una mamá. Tu tienes dos. No lo olvides.” You do not have one mother. You have two. Do not forget this.

I am now 21. Mamama is long gone and her table is now in my mother’s dining room. My grandparents, now in their mid-70s, are moving to my great-grandmother’s house because that’s where they want to grow old and happy. And my mother’s words still ring true.

Yes, I am annoyed every single time my mother calls me to ask me if I’m sleeping well and it’s followed up by a call from my grandmother to ask about how I’m sleeping because she heard from my mother that I haven’t been sleeping well — just like Jane is annoyed when she gets home from a date and both Xiomara and Alba ask the exact same questions about it. Yet Jane and I know that we’d want it no other way.

Soon after my mother and I hang up, I receive another call. It isabuela, who has heard that I’m writing aboutJane the Virgin, and like my mother, she’s calling to ask: “¿Syra, en qué estás pensando?”