Heard on Campus: A Streets Perspective of Philadelphia’s Opioid Epidemic

As part of its yearly seminar series, the Center for Public Health Initiatives brought Jose Benitez, executive director of Prevention Point, to campus on January 18. Benitez gave a candid “streets perspective” of the opioid epidemic—a reality he sees every day. Prevention Point Philadelphia provides “harm reduction” services to drug users, sex workers, and people experiencing homelessness at its Kensington facility in Philadelphia. Beginning in 1991 with a controversial syringe exchange program, its services have expanded to include case management, medical care, overdose prevention education, and naloxone distribution, as well as housing, meals, and mail services. Last year, more than 1,200 lives were lost to drug overdoses in Philadelphia alone, and Pennsylvania Governor Tom Wolf declared the crisis a statewide disaster emergency. Shortly after Benitez’s talk, on January 23, city officials voiced their support for opening safe injection sites in Philadelphia, which would be a first for the nation. What follows is a lightly edited snippet of Benitez’s remarks.

“We’ve got the best heroin on the east coast, here in Philadelphia. It is pure, it is cheap, and it is the best. Another piece of the puzzle is fentanyl. Fentanyl is cheap; you can get it on the internet. And it’s an even better high than heroin …

“Harm reductionists believe there will always be drug use; it will be a part of our culture. So we ought to start figuring out different ways to address the public health needs of people who are actively using. The biggest piece of harm reduction is accepting people where they are. It is the hardest thing that we need to teach our staff, but we have to do it in all of our institutions. This is the best analogy that I’ve heard: If you’re prescribing for a person who has diabetes [with medicine and diet and lifestyle modifications], and they come to you and say, ‘I’ve been at McDonald’s for the past 30 days,’ you don’t say you’re going to stop the medication. But we do that when we’re talking about treatment [of other addictions]. If treatment doesn’t take the first, second, or third time, we stop giving it to them in this country. We are not going to get out of this crisis until we start asking people who inject drugs, ‘What is it that you need to make your life better?’

“So, with safe injection sites, people may say, ‘Seriously? We’re going to allow people to bring an illegal substance into the facility and use it under medical supervision? It just doesn’t feel right.’ And you’re right: It doesn’t feel right. But these are some of the hard conversations that we need to have. Dialing back 25 years ago, syringe exchange didn’t feel right. But the result that we have now is, out of all of the risk factors you’re looking at for HIV, people who inject drugs are the lowest risk factor for HIV.” 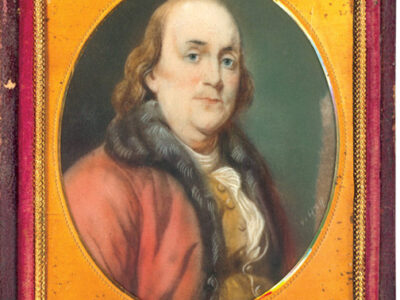