Goodbye to All That

When COVID-19 hit I was in Antarctica, a year into a nomadic life I was bent on continuing. Fate had other plans.

“Vlissingen, 14 March 2020. Dear Passengers,” read the letter on my stateroom bed. I’d just returned to the Plancius, a 115-passenger expedition ship, after a morning exploring Neko Harbor, Antarctica. My boots were dripping a mixture of disinfectant and penguin guano onto the carpet, but I was too curious to take off my gear. “While you were onboard our vessels enjoying the Antarctic and South Georgia environments, the world has changed significantly because of the COVID-19 outbreak…”

Regrettably, I was aware. Although there was no cell signal, and the ship’s satellite WiFi was prohibitively expensive—€300 per gigabyte—folks had managed to receive and share daily headlines about the outside world that we had traveled so far to escape. But these were intrusions. In my view, once we’d embarked from Ushuaia, Argentina, on March 9, all news had ceased to matter except the weather forecast for the Drake Passage. And when we arrived at the Antarctic Peninsula, I wanted to focus on what had lured me here: days filled with kayaking, climbing walls of ice, and photographing Gentoo penguins, crabeater seals, and minke whales. One morning a pod of humpbacks took interest in our zodiacs, and one spouted so close that I was momentarily trapped in a cloud of whale breath. It was putrid. I was enthralled.

“In a few days we will return back to Ushuaia,” the letter continued. This was according to plan, except for one detail: Argentina’s government had suspended international flights for 30 days. “We can only suggest you inquire with your travel agent to seek advice on your travels home.”

It was reasonable to assume that people wanted to go home. But I no longer had one. I’d shed my apartment and most of my possessions to spend 2019 in a work-and-travel program called Remote Year. I moved to a new city each month with a group of 25 new friends, chasing summer from Cape Town to Lisbon, Hanoi to Medellín. For some participants the experience felt like a dream, but for me, it felt like waking up. When the program ended, I decided to keep traveling solo: this splurge of a trip to Argentina and Antarctica in March, and then less-expensive travel through Chile and Colombia in April, Spain and Italy through July.

One thing I knew for certain was that I wouldn’t return to New York. The quasi-minimalist traveler’s lifestyle had liberated me from countless decisions of daily life, and constant exposure to different cultures gave me an energy I’d lost in NYC. And I’d convinced my employer to let me telecommute indefinitely. So this letter didn’t faze me. My next flight had a domestic layover in Buenos Aires, where I hadn’t spent enough time yet. I’d simply skip the second leg, and eat lots of choripan until international flights resumed.

Two days later, we received another notice. Argentina had imposed a new rule: we had to remain quarantined for 14 days before reentry. This meant an extra day in Antarctica. Some passengers were flustered due to upended travel plans. But for me, this was a steal! I’d been given a 10 percent extension on the most expensive trip of my life.

On our last day of Antarctic exploration, we toured a whaling factory and research stations, walked on a black volcanic sand beach, and jumped into the freezing water for a polar plunge. Back aboard the Plancius, the crew greeted us with spiked hot cocoa. I drank mine in the shower as sensation crept back to my toes.

The return trip across the Drake Passage featured nonstop, 5- to 7-meter waves. The crew lined the ship’s hallways with empty barf bags. I helped myself to a few. The dining hall became less a place for eating and more a place for sliding furniture and broken dishes. As I fixated out the window on the disappearing and reappearing horizon, rumors swirled that the Ushuaia airport had suspended all operations, even domestic flights. This wasn’t ideal, but as long as I could find a cafe with WiFi to work from, I didn’t mind staying in Ushuaia for an extra week or so. There were beautiful hiking trails just outside town.

An impromptu ship-wide meeting confirmed the rumors. But instead of “stranding” us in Ushuaia for an indeterminable length of time, the ship would sail directly to Buenos Aires to maximize our chances of reaching a functioning airport. I could roll with that: it would add five days to our journey, but simplify my path to choripan.

While my friends on the ship scrambled for flights, I used the now-free WiFi to update my boss, and ask my mother not to register me with the US embassy. I didn’t want to be associated with any repatriation efforts.

As we sailed north, the temperature rose, the waves mellowed, and the Plancius transformed into a summer camp at sea. All our needs were met, from food to laundry to fun. We had fitness classes in the morning, trivia at night, and a scavenger hunt in between. There was a pirate costume contest, a BBQ dance party, and a night of camping on deck under the stars.

Yet the seriousness of the situation enveloping the outside world became harder to ignore. The ship’s doctor took an inventory of passengers’ medications and arranged to restock them, preparing for an extra month at sea. Frazzled passengers paced the hallways at all hours, trying to contact airline agents. And although we were temporarily isolated from COVID-19, headlines about worldwide contagion and deaths grew more severe each day.

About halfway up the coast, we had another ship-wide meeting. This time, the news was that Argentina had closed its borders entirely.

The next-best options, we were told, were Montevideo, Rio de Janeiro, Miami, or, if all else failed, Vlissingen, the ship’s home port in the Netherlands. The Americans lobbied for Miami. The Europeans wanted whichever city had the nearest airport. The Argentinians cursed their luck. But to me and another nomad on board, the four-week journey to Vlissingen sounded promising. If most of the passengers left, the WiFi might be workable. And maybe we could upgrade to larger rooms. Besides, Europe in May had been my original plan.

A decision from the higher-ups was announced: those with flights out of Montevideo would be escorted from the Plancius directly to the airport check-in counter; everyone else would proceed to Vlissingen. But problems remained: the port dates were not confirmed, airlines kept cancelling flights, and the Dutch had closed their border to Americans. Who knew if those restrictions would relax by the time the Plancius arrived?

I texted some friends and family. Did anyone have a list of countries with open borders? No. Was I being ridiculous? Yes. Begrudgingly, I conceded I should fly from Montevideo to New York. But this decision too was easier made than executed. After much fruitless searching I found a seat on a GOL Airlines flight for March 25. After my payment was processed I learned that GOL Airlines had shut down the week before; Expedia just hadn’t gotten the memo. Hours later I purchased a newly available ticket on LATAM Airlines. When I tried to download my boarding pass, the flight had been cancelled. I felt defeated. I hadn’t even wanted to go the US, but now every single path off this ship seemed to be blocked.

I watched the sun rise behind shipping containers on the Montevideo dock in a riot of purple and orange. I decided I’d try to disembark with my still-active Expedia reservation for a non-operational airline, and hope to snag a no-show’s seat at the airport. The crew collected passports from the 30 passengers disembarking that day. Hours later, mine returned with a Uruguayan entry stamp. I couldn’t believe it was working.

We squeezed in some last hugs, put on our masks and gloves, and descended the gangway. Uruguayan agents greeted us with clipboards and quickly checked our passports against their lists. Most were ushered straight onto the bus, but a handful of us were asked to step aside. After re-confirming their flights, all but three got on the bus. A married couple and I were informed what I already knew: our airline had shut down, so we would not be allowed to proceed.

A hundred onlookers watched as we hauled our luggage off the bus and prepared for an awkward return. There were a few tense moments when the captain refused to let us back onboard, since we might have been infected during our moments off the ship. “It’s fine,” I called. “Could you just throw me a sleeping bag?” At that point I was ready to camp out on solid ground. Ultimately we were allowed onboard, and I managed to secure a flight for the next day.

My parents met me at JFK with gloves, masks, and disinfectant wipes. I quarantined for two weeks in my old bedroom on Long Island. On my birthday, they left a cake by the door and sang from the kitchen. “Don’t blow out the candles… seriously,” my dad said. Thankfully, none of us got sick.

Not far from the US epicenter of COVID-19, I am suspended in a cocoon of safety and now-foreign comforts. I have appliances with settings in English. Potable water and reliable utilities. Costco-sized stockpiles of everything. All considered, I am very lucky. But I can’t help but want my freedom back. I want to get back on the road. 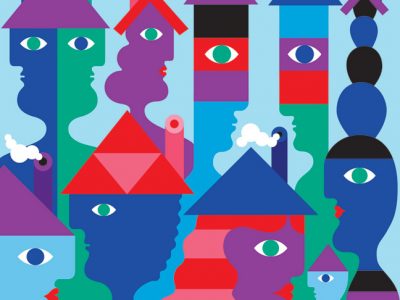