From Dependency to Dreams through Fair Trade

Class of ’04 | One morning last February, Gianna Driver W’04 woke up to the sound of old men chanting.

She was in Bolikhamxay, a Laotian rice-growing village where many of the women weave silk scarves for her company, GIANNA.  The village is one of nine communities with which Driver works to design and produce high-quality, hand-crafted, eco-friendly goods: silk scarves from Laos, embroidered pillows from India, metal bowls from Thailand—all developed with the artisans but tweaked for an American market.

Each village has its own skill set that drives the product choices.

“We sit down and as a community come up with pieces that they’re excited about,” Driver explains. “Each piece has its own story.”

That morning in February 2009, however, no one was thinking about business. Nuothong—a woman Driver describes as her Laotian “aunt”—knew that before she returned for her next trip to Laos, Driver would be married to Chris Balme C’03 W’03. Nuothong was not about to let her friend get married without a traditional Laotian Baci ceremony.

A Baci involves the entire village praying for the woman who is about to be married.

“There is a sacrifice of several chickens,” says Driver, a vegetarian.  “Nuothong was so apologetic that she could only do a few chickens. And I was thinking, ‘That’s perfectly OK! A few chickens is plenty.’”  As Driver sat on Nuothong’s floor, each villager approached, chanting prayers, and tied a white thread around her wrists as a symbol of community.

This Baci ceremony was starkly different from the preparations Driver’s mother, Gloria, had made for her own marriage in December 1981. The daughter of unmarried parents, Gloria was raised solely by her father, selling trinkets in the streets of Manila. Orphaned at the age of nine when her father was shot before her eyes, she had grown up in deep poverty. Though Gloria “wanted to have a family,” her daughter explains, “she knew that if she had a family in the Philippines, her children would be destined to the same life.”

Gloria’s solution was to board a plane to East Texas to marry a man she had never met. She was a mail-order bride.

The groom-to-be, Driver’s father, was a widowed Texas beef-and-chicken farmer looking for someone to help raise his three children.

“He had heard that Filipino women were good wives: they were loyal, they’d do what you told them to do, and they sort of stick by you,” says Driver. “All those stereotypes. So, he thought, ‘Let me go get one of those.’”  After a brief period of correspondence, he sent Gloria a money-gram—“just enough money for her to go to the embassy, get the marriage visa, and come over.”

That December, Gloria flew to Houston. Two weeks later they were married. Ten months later, Gianna was born. But Gloria had come to the conclusion that her new husband did not value education, and was raising his older children to have little ambition. Wanting more for her infant daughter, she left him.

Until she was about seven, Driver lived in a women’s shelter, where her mother was the night manager. Although they had very little money, she remembers an idyllic childhood, with her mother often telling her: “I came to America for you. I fight for you; I work for you. I do everything I can for you so you can have opportunity. This is America. Study hard in school. Follow your dreams.”

That she did. While at the Texas Academy of Mathematics and Science—a program that allowed her to do the first two years of college concurrently with the last two years of high school—Driver picked up a copy of US News & World Report. Seeing that Wharton was the top-ranked undergraduate business school, she decided to apply, even though she had no way to cover the tuition.

“Penn was absolutely amazing and gracious,” she recalls. “I was awarded the Paul F. Miller scholarship and I was a Gates Millennium Scholar. Those two—along with some Pell Grants—very much made my Penn education possible.”

After graduating from Wharton, she accepted a job in corporate finance. But something was missing.

“I realized I wanted to do something that would help women like my mom,” she explains. “Options for women are very limited in slums, in rural rice villages. Many women become mail-order brides or live in abusive situations. I wanted to help empower women in these communities; help them to believe in themselves and realize they don’t have to become mail-order brides.”

She took off for Southeast Asia, visiting Laos, Vietnam, and the slums of Ahmedabad, India. Six months later she wrote a business plan. The result is GIANNA (giannafairtrade.com), a fair-trade company that Driver founded in 2005.

Making a fair-trade wage provides the artisans with options.

“Too often, what we find is that women stay in toxic relationships because they feel financially dependent upon their spouse or partner,” Driver says. “But when a woman is earning an income, she is no longer financially dependent, and so we’re able to work with her and provide resources and help her realize that she doesn’t have to accept that.”

GIANNA works with local non-government organizations to identify villages that would partner well with the company.

“The NGOs help us identify different communities who have a willingness to invest in us just as much as we’re wanting and willing to invest in them,” Driver explains.

Part of that investment is education. Driver works with the NGOs to come up with a curriculum suited to the needs of individual villages, then teaches all the women of the village, regardless of whether they are working with GIANNA.

“I spend a lot of time teaching about fair trade,” she says. “That sounds like a really simple concept in our culture, but it’s actually a very difficult concept for them to grasp because these are not money-based economies.  They understand rice markets, but they don’t really grasp valuing their time. We go through this really elaborate, several-day process and come up with a fair-trade wage.”

Driver teaches her artisans to consider the value of their raw materials and their time, plus their basic needs.

“It’s X amount of money per hour, and that includes not only what they need to earn per hour, but we add additional margin,” she says. “We don’t necessarily want to sustain the status quo. We want to help them improve their lives. It’s a thriving wage.”

Driver also educates the artisans about the dangers of chemical dyes.

“Many problems in villages correlate to the introduction of [toxic] chemicals into these communities,” she explains, citing increased birth defects and higher mortality rates. Driver does not use any chemical dyes in GIANNA products, and she works to educate the artisans so that they will refuse to use them.

Above all, Driver’s goal is to improve the lives of women so that they have choices that her mother never had.  “A lot of times, when they’re at home and they’re between cooking and caring for their kids, they’ll sit down and start weaving,” she says. “They’ll have some friends over; they’ll be gossiping.” This kind of flexibility allows them to connect with other women while at the same time providing a sustainable income. And on a larger scale, she notes, “it helps keep the skill alive” in a market that’s often driven by cost to create inferior, mass-produced products. 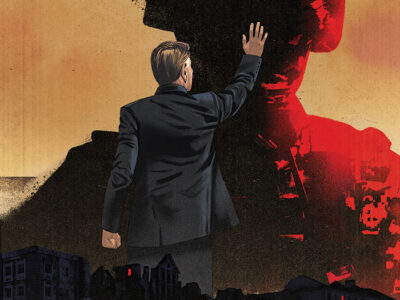 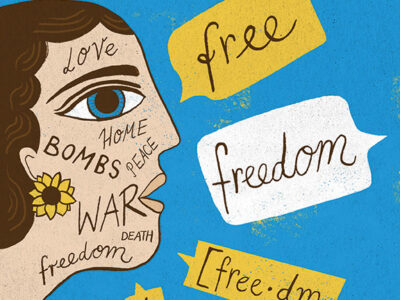