From Alumna Pen to Stimulus Stage 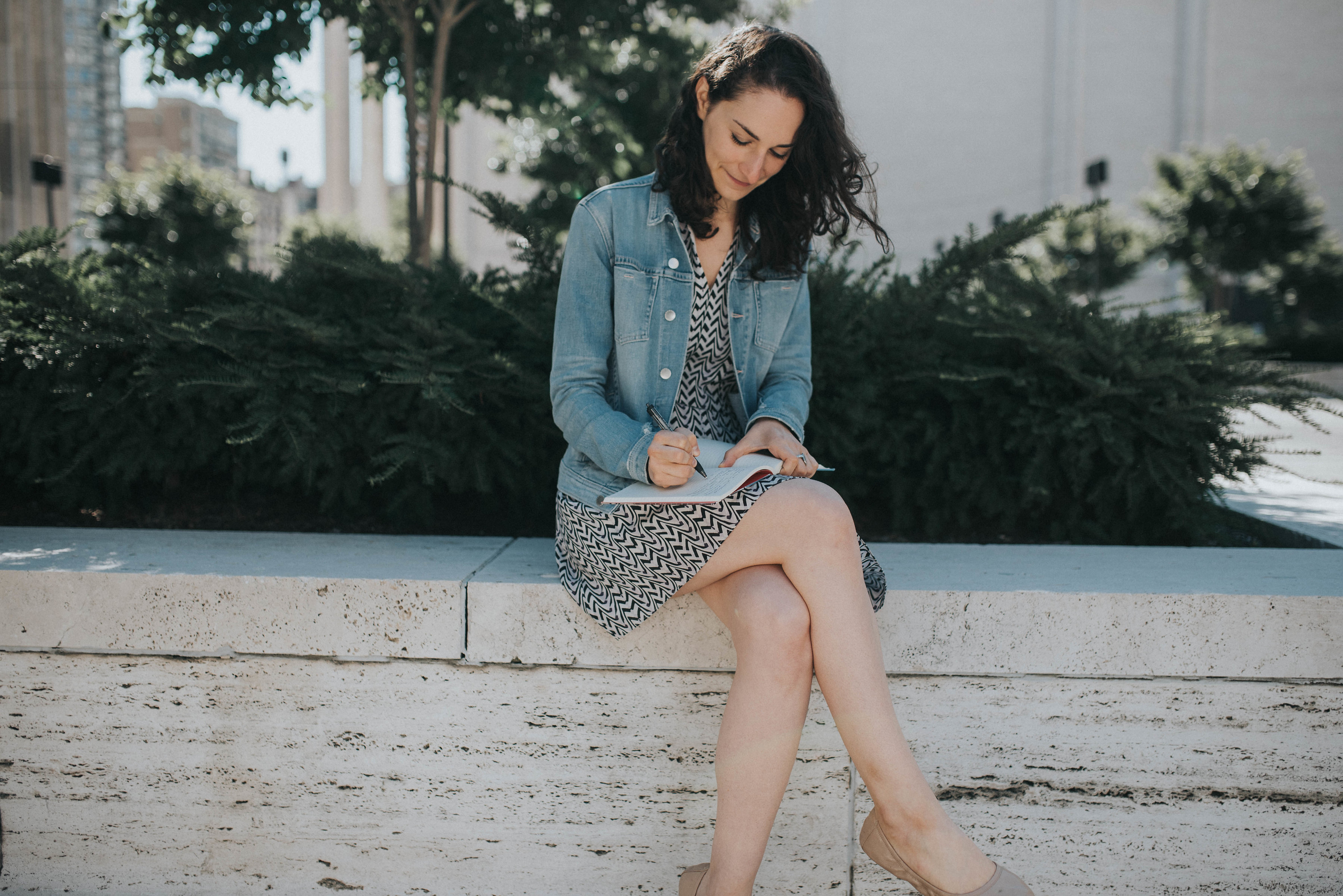 After pouring years of work into the libretto for her first musical, Jessica Penzias C’12 could still only imagine what it might look like on stage with actors, costumes, lighting and sets.

In November, the student theatre group presented the world premiere of Penzias’s co-written show, The Prince and the Wooglefoof (since renamed The Prince’s New Pet).

“They brought it to life,” Penzias says. “Since the show had never been done before, they were building it all from scratch—conceptualizing the set, figuring out how to music-direct the show. It was pretty remarkable.”

With music by Anthony DeAngelis, lyrics by Christyn Budzyna and a book from Penzias, The Prince’s New Pet tells the story of a kingdom that’s been stripped of all color, and a young prince—joined by his new pet wooglefoof—who help restore its brilliance. (The show is based on a children’s book of the same name by Brian Anderson.) 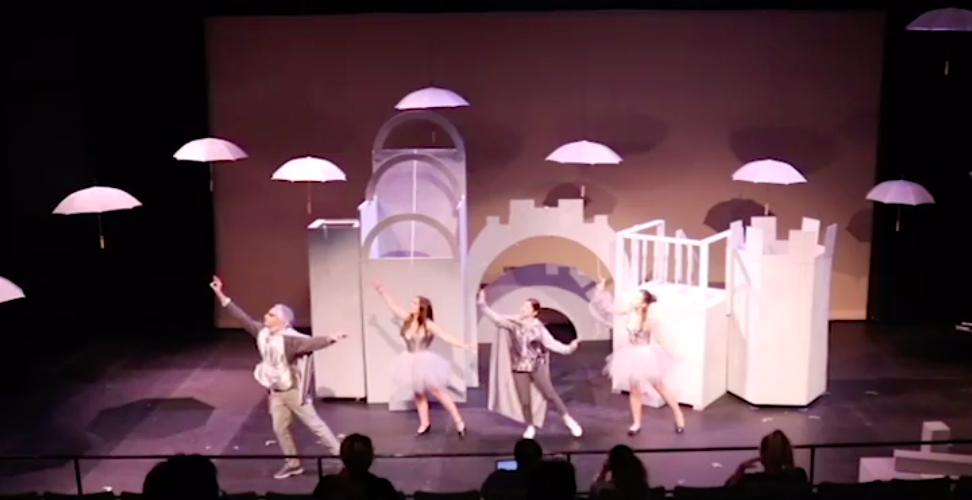 Still from Stimulus video recording of “The Prince’s New Pet.”

Turning a gray kingdom into a colorful one on stage is “a pretty ambitious undertaking,” Penzias admits, “and they just ran with it.”

Priscilla Felten, a junior in Wharton and Stimulus’s vice chair, served as producer for Pet. She says that as a student arts group, Stimulus usually stages shows with an eye toward what’s been done with them in the past. “It was really exciting for our student production staff to think about their designs serving as inspiration for future productions,” she says.

In fact, a group from Fuse Productions, an independent theater company in State College, Pa., came to see Stimulus’s show, since they will be performing The Prince’s New Pet in May.

“They came down to get ideas about how to do the show—things to copy and things to toss aside, as is done in theater all the time,” Penzias says. Adds Felten: “I’m sure they saw things they hadn’t necessarily thought of when they looked at the script.”

Penzias says she and her co-creators viewed the Stimulus students as valuable partners in their creative process. After watching her show from the audience at Penn, Penzias made changes to the script—ditching some moments that didn’t quite work, keeping in others that she’d previously considered excising.

“We viewed this as a real creative development opportunity,” she adds. “Typically this kind of stuff is extraordinarily expensive in New York City. The Penn students really gave us the gift of a workshop that didn’t cost us a penny.”

It was also, in many ways, a full-circle experience for Penzias: Though she wasn’t in any student theater groups at Penn, she studied fiction writing and screenwriting while also racking up enough theater-related credits to turn them into a theatre arts minor.

After graduation, she raced to New York and began working as an intern at various musical theater companies. In 2013, she landed a job with Jill Furman—the producer who, one month after hiring Penzias, signed on to bring Hamilton to Broadway.

“I was there for the whole Hamilton ride,” Penzias says happily. “Early readings, early workshops. I saw a lot of script changes and cut songs, was privy to the development process—it was just the best.”

It also taught her how musical writers handle feedback, and reminded her that even the geniuses behind a Broadway juggernaut are still just people. “They exist and they need their salad for lunch and I also eat salad for lunch,” she says, “so why couldn’t I do this?”

As she continued to watch Burr and Hamilton’s rivalry unfurl at her day job, Penzias spent nights writing plays of her own. She also joined the BMI Lehman Engel Musical Theatre Workshop, a program famous for nurturing young writers, composers and lyricists who go on to create smash Broadway shows. It was through BMI that Penzias met her Pet collaborators.

She didn’t set out to write for kids specifically, but Pet has led to other children’s-theater projects, and now Penzias and Budzyna are working on a commissioned musical called Bots! and adapting the kid-lit classic From the Mixed-up Files of Mrs. Basil E. Frankweiler into a musical. Penzias is also developing a collection of scenes for young performers that drama teachers can use in their classrooms.

In writing shows meant for young audiences, “I write about things that are exciting to me and include lessons I’m still trying to learn in my life,” Penzias says. “I try not to talk down.”

That’s something Felten noticed about The Prince’s New Pet. “It’s really important that we find shows that reach a universal audience—that we can just as easily perform on Penn’s campus as we can at an elementary school,” she says of Stimulus.

“Jess’s script is clever in a way that kids think is fun and exciting but parents also appreciate,” Felten adds. “We had so many adults coming away from the show crying.”