When Gayatri Datar first arrived in Rwanda eight years ago, she was eager to improve community health in one of the world’s poorest countries. But it was only after several discussions with rural Rwandans—initiated through a Stanford entrepreneurship course called “Design for Extreme Affordability”—that she determined the best way to do so.

“The dirt floor kept coming up over and over again,” Datar says. Whether it was a child crawling and putting their hands in their mouth or dust clouds floating everywhere, the floors in people’s homes were a longstanding source of concern, she learned—and replacing them “a ubiquitous need that hadn’t really been addressed before, to our knowledge.”

Such is the origin story of EarthEnable—a company that delivers low-cost flooring solutions to Rwanda (and, more recently, Uganda) and in April won Penn’s Lipman Family Prize, which is “given to one organization that celebrates leadership and innovation to the social sector with an emphasis on impact and transferability of practices.” The award comes with $250,000 in unrestricted cash, access to tuition-free executive education programs at Wharton Executive Education and the Center for Social Impact Strategy, and an ongoing partnership with the University.

Datar says the prize money comes at a key time as EarthEnable’s micro-franchising business model of training and equipping local masons to sell and install its floors can now be taken “to the next level so we are able to both certify as well as train them.” And the other Wharton benefits also “come at the perfect moment because a lot of our rising leaders haven’t had the type of educational opportunities like an exec ed program—and that would have been really hard for us to afford.”

Founded and endowed by Barry Lipman W’70 and his wife Marie Lipman, the Lipman Family Prize is celebrating its 10th anniversary this year, having given out $3.3 million to social impact organizations, including a winner and two other honorees each year. In addition to EarthEnable’s winning prize, The Luminos Fund and Promoting Equality in African Schools—both of which focus on increasing educational access for children in need—snagged $100,000 apiece as finalists out of more than 115 applicant organizations.

“The leadership and innovation of our prize community continues to grow and we continue to look forward in expanding our social impact footprint with these new organizations,” Barry Lipman said in the announcement. “The important work of these three honorees in such unprecedented times highlights the continued need of our social impact work.”

EarthEnable’s impact has already been felt. According to a World Bank study, replacing a dirt floor with a clean one has been shown to reduce diarrheal disease by 49 percent and parasitic infections by 78 percent. And the locally sourced earthen floors the company uses, as well as a recently developed plaster product, are much more affordable and environmentally sustainable than a concrete floor.

For Datar, the proof is in both the numbers—the rapidly growing organization achieved 150 percent growth and served 10,282 individuals across several districts of Rwanda and Uganda in 2019—and the anecdotal evidence she hears while living in Rwanda. “Little things I never would have realized,” the EarthEnable CEO and cofounder says—like how people no longer have to rewash their clothes if they fall from a clothesline and get muddy.

“It’s a one-time intervention and it doesn’t require any behavior change,” she says. “Once the floor is there, it’s there. And it’s something people actually want. That’s been a thing that continues to inspire me as much as the health impact—everyone wants to live in a nicer-quality home.” —DZ 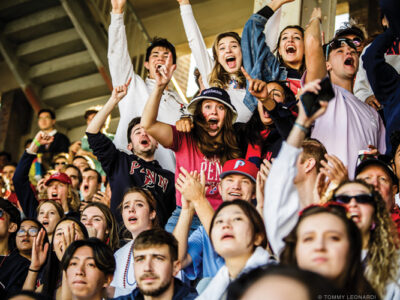 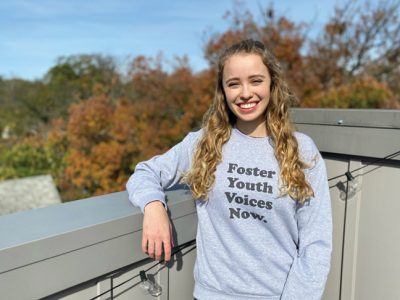