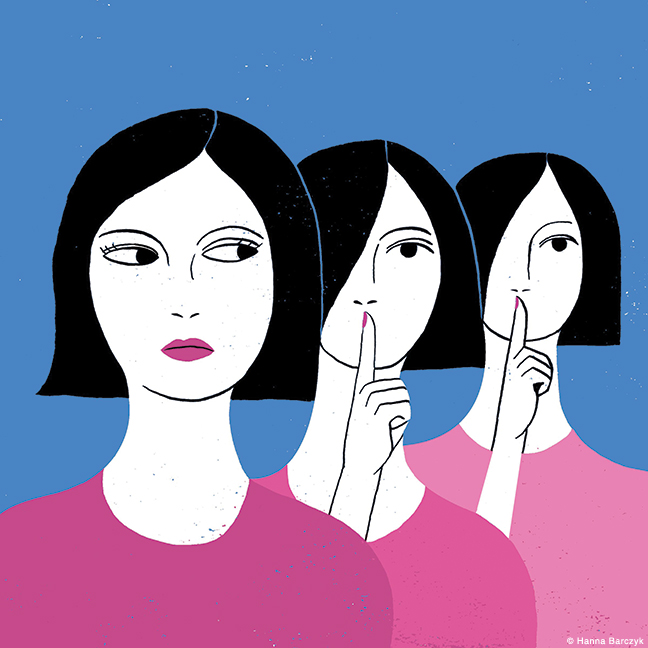 “Your mother’s family doesn’t talk about these things.”

I used to watch my great-grandmother crush bird’s eye chilies with a mortar and pestle, and stare at the dime-sized circles on the backs of her hands. There were six of them, maroon and wine-dark: bulbous lumps on smooth skin. I was too shy to ask her what they were, and besides, I couldn’t—she spoke no English and I to this day cannot speak Cantonese.

When I was a little older my father told me that her scars were punishment for breaking curfew in Japanese-occupied Malaya. They were burned into her flesh with cigarettes straight from the mouths of the soldiers who caught her, one each.

“Your mother’s family doesn’t talk about things,” my dad explained. It is something he has repeated to me many times. I’ve only lately begun to notice that it’s true, that most of what I know about my mother’s family comes not through her, but filtered through my father and his Anglo-American disposition to Talking About Things.

Even he, though, with his Western candor, censored some of the details while I was growing up. When, in high school, I asked about my great-grandmother’s mangled hands again, the story had an added dimension: she had been a comfort woman.

What I had in mind when I heard this phrase was that famous photograph of a white American soldier feeding Hershey’s chocolate and Marlboros to an Asian girl (Japanese, in fact), his blue eyes riveted on her painted mouth, the both of them looking like 1950s movie stars, as if the picture were a still from an interracial Casablanca.

I do not think about my great-grandmother’s hands again until I move to the US for college, far enough away from Malaysia that it starts to come into focus. Malaysia becomes a place I return to once or twice a year—never long enough to feel quite at ease. I fly home to see how much my parents have aged, and how much more my grandparents have aged. I fly back to America and walk past bright flyers for Asian Heritage Week on my way to class. I think about my great-grandmother, who has been dead for 13 years. I think about her daughter, my mother’s mother, my Poh-poh, who is still alive, but with whom I have never had a conversation because she can’t speak English, either—the language my parents used at home, and in which I was educated in international schools, leaving Malay sluggish in my ears and absent from my tongue.She speaks Cantonese, and fluent Malay, and Hokkien, and Hakka, but no matter, because all she can say to me is “hello,” “bye-bye,” and my name, with one syllable shaved off—Nomi , she calls me.

I think about my great-grandmother’s hands. I have the urge to know more about her, about what she went through. I could call my mother and ask but—oh, the time difference. She’d be asleep right now. Or I’d be. And it’s too serious to text about.

Instead, I find the Wikipedia entry:

Comfort Women were women and girls forced into sexual slavery by the Imperial Japanese Army in occupied territories before and during World War II.

Part of a series on Slavery.

I read words like abduction, incarceration, war rape. Words that don’t connect to the dreamy photograph of the giggling girl and the strapping soldier. I go through the list of addresses in Kuala Lumpur where comfort stations are reputed to have been. One is opposite the old Pudu Jail, one near the National Library, and one in a large bungalow on Jalan Ampang, the road that loops like a noose around my parents’ house.

I look at pictures of the women. The pictures are black-and-white or sepia, taken by Allied soldiers after liberation. The youngest girls look like my teenage cousins and huddle into the protective shadows of the older twentysomethings, who stare dully into the camera or frown in the glare of the sun.

I find recent portraits, too, accompanying magazine articles about the last remaining survivors—Where Are They Now? They are of old women who look like my Poh-poh and my great-grandmother, even more familiar to me than the girls frozen in film stock.

The old women in the pictures shrink into the loose floral blouses my Poh-poh wears and crinkle their mouths into my great-grandmother’s smile lines. They are adorned with captions saying that their 50-year-old nightmares still make them scream in their sleep, that tell us they still beg God to forgive them for sins they think they were complicit in.

My great-grandmother’s silence becomes my crime. My memory of her, my only memory, plays on mute. I cannot hear the crack of chili seeds as she grinds them against stone, nor the scrape of her clearing throat. I cannot speak to her, and she cannot speak.

So I call my mother, saying I need to know about the family for a school project.

“Can you tell me about your Poh-poh? The one with the cigarette burns?”

I find out that she was born in 1900, that she had 14 children, and that she used to julienne pandan leaves and mix them into brined rice flour to make a fragrant paste. She used to gather her grandkids and pat the mixture on their faces, smoothing it into their skin, with a promise of a better complexion. My mother remembers the feeling of the sticky stuff on her face and the soft-sweet scent of pandan, but she cannot remember my great-grandmother’s full name.

“No, that was her second daughter. My favorite aunt.”

My mother tells me I met this aunt, who died when I was five or six. I don’t remember her at all, but I realize I remember when she died: it was the first time I saw my mother cry, her elbows askew on the kitchen table, my father squeezing her shoulder, the telephone cord curled around her wrist. I don’t tell her this.

“I was close to her,” my mother says. “You know the wok we have at home? That was her wedding present to us.”

“Did she ever talk to you about the comfort woman stuff?”

“What about Third Daughter? Your Third Aunt? Did I ever meet her?”

“Yes, in Singapore, remember? She’s the one who died last year.”

Two summers ago we visited her in an apartment in a Singapore public housing estate, where she lived with her daughter. I remember the apartment because it had great light. All the windows and all the doors were open and the sun streamed in from every room. The daughter served us chewy ginger toffees and bitter herbal tea. I coiled onto the sofa and pawed at my phone while my mother and my great-aunt spoke to each other in mellifluous, unintelligible Cantonese, clasping each other’s hands.

My mother tells me over the phone that her aunt had been describing how the family kept her hair shorn all throughout the war so that patrolling soldiers would mistake her for a boy, and she could help her brothers sell pink and green glutinous rice cakes at the market to make money for the family’s dinner. Even this, though, was not caution enough. Every night the soldiers came searching through the house for girls to take away to comfort stations, and every night my great-grandmother hid her daughter in a huge earthen jar they kept water in for bathing.

“Like the one in Poh-poh’s house,” my mother says. “It’s probably the same one.”

I think of how many times I used it growing up, whenever I visited my grandmother. The vessel was as tall as my shoulders and shaped like a flower vase, or an urn, with a little bucket for you to scoop up cold water and splash onto yourself. It was always so humid that I never lamented the lack of a hot shower.

“That was the first time Third Aunt’s daughter was hearing that story,” my mother adds. “None of the women talked. Second Daughter never talked about what happened to her.”

My mother keeps remembering, filling in gaps of stories I know only third- or fourth-hand. She tells me about the Communist resistance fighters who hid in the jungle all throughout the war, and how people used to smuggle them food. Great-grandmother lived right on the edge of the jungle—-that’s why her curfew punishment had been so severe. The occupiers did not want locals colluding with rebels. Her hands tell us about her burns, but we don’t know what else happened to her that night. She never said.

But those are not my mother’s memories. My mother remembers the clack of mahjong tiles and the doughy rice flour paste and everything her grandmother ever cooked. All the women in the family have their own spin on my great-grandmother’s recipe for pongteh stew, but none of them pretends they can top it. She used to make her own kaya, too, a jam of coconut milk and pandan leaf, spread thickly onto toast. And she crushed all her spices with her mortar and pestle: galangal, and star anise, and cardamom pods, and kaffir lime leaf, and chilies.

“I loved to watch her grind them into chili powder,” my mother tells me. “They made this sound, this wonderful sound. This crackle.”

Naomi Elegant is a College senior from Kuala Lumpur.