Oscar Goodman L’64 is known for many things, most notably his career as a high-profile mob lawyer and his three terms as the (extremely) colorful mayor of Las Vegas. But urban planner? Not so much. In his recently published autobiography, Being Oscar: From Mob Lawyer to Mayor of Las Vegas—Only in America (co-written with George Anastasia, published by Weinstein Books), he discusses his efforts to revitalize the downtown area of Sin City.

I was still obsessed with the idea of revitalizing the downtown, particularly the area east of the railroad tracks, and even after [Steve] Wynn [C’63 Hon’06], [Jackie] Gaughan, and some other early supporters backed away, I pushed forward. The city’s inner core is separated by railroad tracks. The west side was basically an old railroad yard that had sat fallow for over a quarter of a century. The east side had Fremont Street and what was left of a financial district. It had no energy, and it bred lethargy.

Part of my thought process was preserving the city’s history. Las Vegas hadn’t done much of that; implosion was the first thought when it came to redevelopment. Blow up the old buildings and put up new ones. That’s how we lost classic casino-hotels like the Dunes, the Stardust, the Sands, the Hacienda, the Landmark, and the Desert Inn. When I took office, the old post office and courthouse building, where I had tried my first federal case, were sitting empty down the street from City Hall. It was a great old structure and I didn’t want to see it go. I figured it could be a cornerstone for the downtown’s revitalization, and eventually it was.

But first I had to build my river. Las Vegas is in the middle of the world’s driest desert, so you don’t need to tell people how important water is. But water is also symbolic; it’s nurturing, replenishing, and a source of life and of energy. I decided the way to get life back to the downtown area was to build a river, so I got the city engineers involved.

There was a vacant piece of city-owned land between Fourth Street and Las Vegas Boulevard near the new federal courthouse and an abandoned former elementary school that had been a police substation. That was where I wanted my river, and the engineers made it happen. Now, “river” may be a bit of an exaggeration. “Man-made rivulet” is probably more accurate. The water is re-circulated, cascading along a culvert that is about three feet wide. But the area along both banks has been cleaned up, and there are plants and trees and benches where people can sit and relax, eat their lunch, read the paper. A plaque on an adjoining wall calls it “Oscar’s River.” I wanted it to be a place that had life. What I had in mind for the old police substation and the area around it was to convert it into an agora. The ancient Greeks used to have open spaces in the middle of the city that would serve as meeting places for citizens. I pictured Plato and Socrates meeting and talking with people, debating, philosophizing.

They were more than just places; they were a way of life, a way to communicate, to interact. The great European cities have something similar with their piazzas. I think people who live in cities hunger for that kind of connection. You just have to provide them with the opportunity. My river and the agora were steps in that direction.

The Greeks surrounded their agoras with public buildings, temples and commercial enterprises, shops and stores. Go to Vegas today, and I think you’ll appreciate what I’m talking about. The old courthouse, which I got the federal government to sell to the city for a dollar, is now the Mob Museum. Actually it’s called the National Museum of Organized Crime and Law Enforcement. Talk about taking heat: the pundits came out in full force when I began promoting the idea. “What’s Goodman doing, building a monument to himself?” they asked. “He’s glorifying his old killer clients.”

Then the Italian-Americans weighed in. They were certain that I was going to vilify them. I faced a lynch-mob-like crowd in a packed room at the Justinian Club, and tried to assure them that they had no fear of defamation.

“The mob I was thinking of being featured in the museum,” I told them, “came from Bugsy Siegel, Meyer Lansky, Mo Dalitz, Gus Greenbaum, Frank Rosenthal, and Oscar Goodman. It was the Jewish mob, and if this museum turns out the way I think it will, you’ll be begging me to let some Italians in.”

I was joking, of course, but it didn’t do much to assuage their feelings. I pulled a brilliant move, though, which cooled off all the naysayers. I was able to persuade Ellen Knowlton, who had just retired from the FBI, to become chairperson of the museum board. She went back to the Hoover Building in Washington, D.C., and convinced the folks back there that this was a worthwhile project. As a result, we’re able to display legitimate law enforcement memorabilia along with organized crime artifacts. We’ve got state-of-the-art lie-detector equipment and we’ve got the barber chair where Albert Anastasia was killed. And we have the wall from the St. Valentine’s Day Massacre, bullet holes and all. …

The museum has made a big difference, but so have many of the other downtown developments. One of the first new buildings was a modern bank building that went up. The bank had been proposed, but then there was talk that it was going to be scuttled. I convinced the developer to stay in town and to build as originally planned.

We made the agora a cultural center, and it’s now a place where we have poetry readings, plays, small concerts. It’s an intellectual marketplace where they give music lessons to youngsters. I walk by and I hear music wafting out onto the street. People sit by the urban river or they sit in the park nearby and they see children walking by with violin cases. I joke about that, comparing it to the old Las Vegas. Anytime I’m having a discussion about what’s happened, I’ll say, “This is not the first time violin cases have been seen on the streets, but this time the cases contain violins.”

Excerpted from Being Oscar: From Mob Lawyer to Mayor of Las Vegas—Only in America. Copyright © 2013 by Oscar Goodman. Excerpted by permission of Weinstein Books, a member of the Perseus Books Group. All rights reserved. 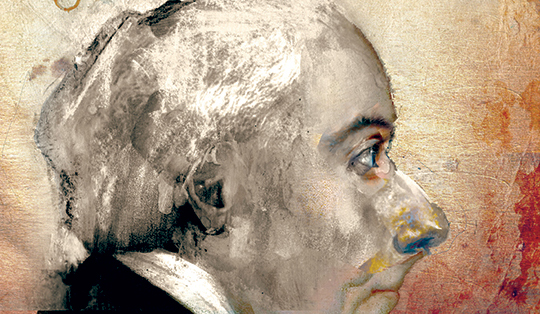 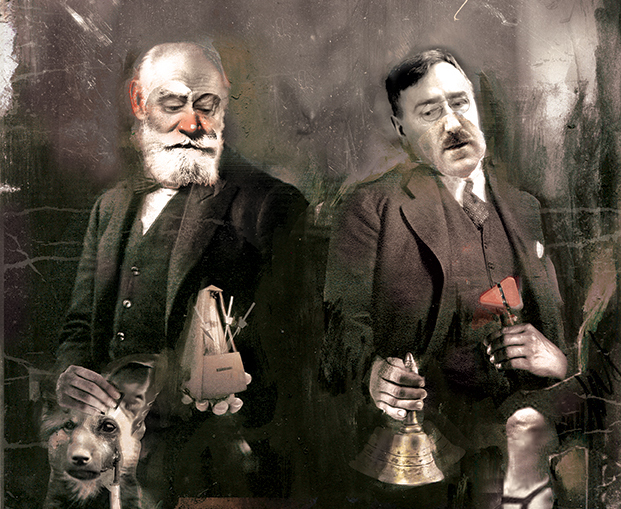 Alumni
When William James Got Hungry