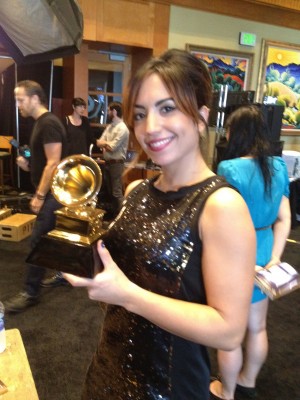 Granted, some other stuff happened in between: Holme arrived at the Grammy Awards pre-telecast and watched Dave Koz jam out on his tiny soprano saxophone; she was announced as a Grammy nominee for Best Boxed or Special Limited Edition Package with her co-art director Dave Bett; and the two were summoned to the stage as Grammy winners for their work on Bruce Springsteen’s The Promise: The Darkness On The Edge of Town Story.

“I was there with my friends and it was a big crowd of people,” Holme recalls. “We were sitting right behind Trey Parker, and when our names were called, I think we scared him because everyone started screaming and freaking out. I think he was like, ‘Who is this sitting behind me that’s such a big deal?’”

You can watch the entire Grammy pre-telecast here, including Michelle’s win around 20:40.

Holme has been working in the creative department at Sony Music since graduating from Penn with a dual major in communications and fine arts. She’s designed album art, logos and tour merchandise for musicians including Santana, John Legend, Jay-Z, Aerosmith, Gavin DeGraw and, since 2001, The Boss himself.

She provided these images of the Grammy-winning box set she created for Springsteen: 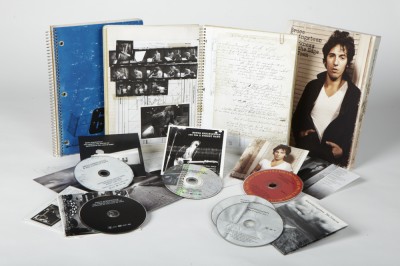 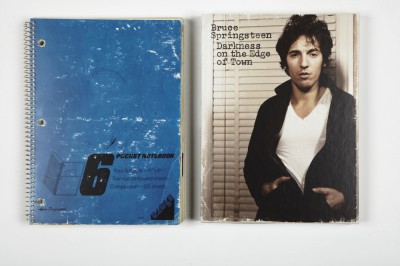 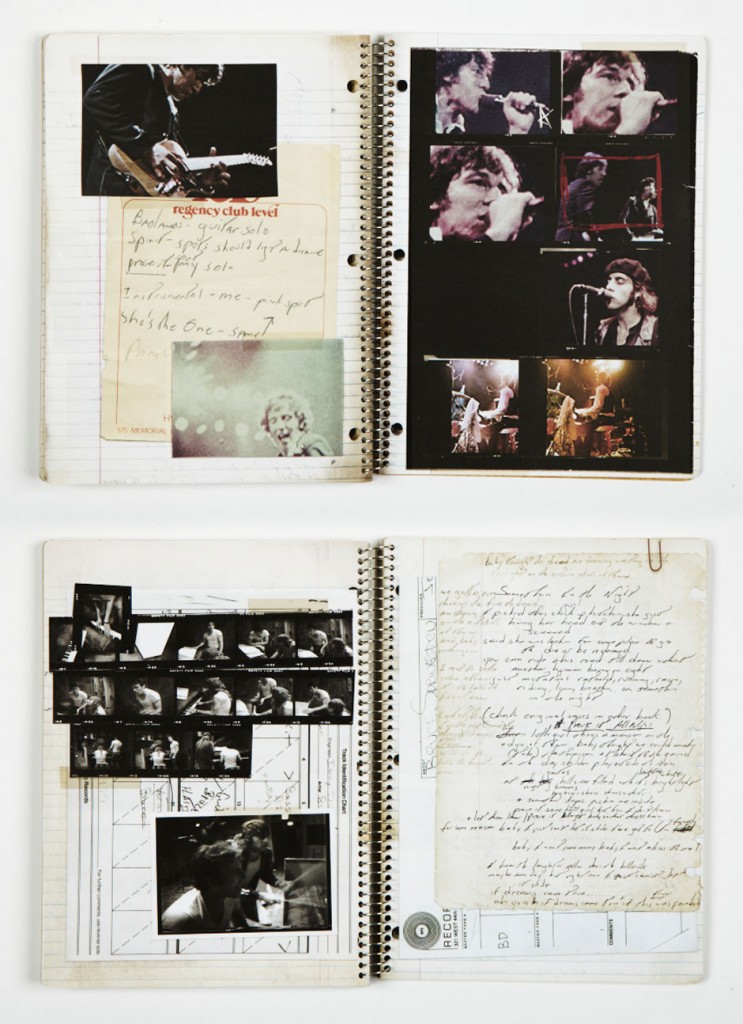 One might wonder how the rise of digital music affects Michelle’s work. When I asked her about it, Holme said it’s “definitely changing things. At first, they said, ‘We don’t need any graphics whatsoever.’ But now, every single piece of music needs to be branded in some way and stand out, especially in the iTunes store where there are pages and pages of music.” While much of her work was focused on CD booklets during her early days with Sony, Holme says she now spends most of her time creating graphics that are paired with a digitally downloaded song or album and designing “fancy, crazy $700 packages and high-end boxed sets.”

Oddly enough, her favorite form to design for now predates all of that: vinyl. “We’ll do a sleeve or a jacket or a label for the vinyl album,” she says. “Or sometimes, we might even get to make the vinyl itself colored or marbled. I love when I get to do vinyl.”

Here are a few other stories Michelle shared with me in our interview:

On finding out she was nominated: “I was out in a bar in New York and I got a text from someone at the label saying, ‘Congratulations!’ I was like, ‘Oh my God, no.’ I rushed home. I wanted to see it on the computer screen to make sure it was real. I went to the Grammy site, did a search for my name and it popped up. It was kind of crazy. I started calling my family and my friends and just freaking out a bit. It was a cool way to find out.”

On making her second trip to the Grammys: “I was nominated five years ago for another boxed set, but it was the same year a Johnny Cash package was up, so I knew I wasn’t going to win. This time was a little different because I knew what to expect, but it seemed like this year was bigger and there were more cameras and everything. It was a bit overwhelming. Last time, I knew there was no way in hell I could possibly win. This year, I was a bit more nervous.”

On her acceptance speech: “I wrote some kind of loose thing on my iPhone, so I had to bring my phone up there with me.”

On her shiny new award: “I didn’t get to take it home that night. Everything’s a prop. They’re engraving [my Grammy] right now. In fact, I just got an e-mail that it will come sometime in April. People at work want me to bring it in. I was just going to put it on my work desk at home, but my boyfriend has been saying stuff like, ‘We’re going to put it over there where the light’s shining on it.’”

On her favorite musician to work with: “Bruce [Springsteen] is definitely my favorite because he’s so laidback and chill. It’s always fun working with him because he’s up for trying new stuff.”

You can see more of Michelle’s design work on her website: michelleholme.com.