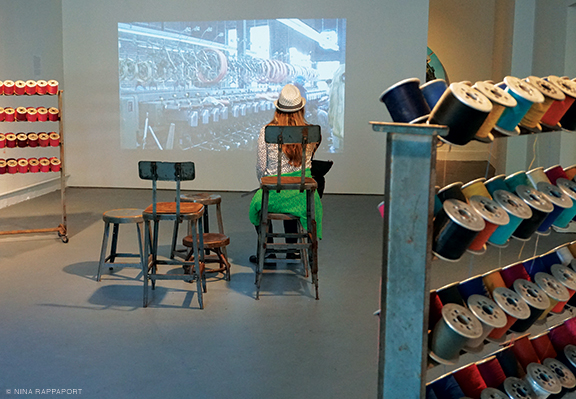 Film screening and discussion with the director and guests
A Worker’s Lunch Box: A series of interviews with factory workers by Nina Rappaport from the Vertical Urban Factory
Wednesday, September 13, 6:30pm
Meyerson Hall, 210 South 34th Street, Philadelphia
Co-presented by the Department of Architecture and Slought
More info: http://bit.ly/2eI84qt

Whenever she takes the Amtrak ride from New York to Philadelphia, architectural historian Nina Rappaport can’t help but notice the hulking buildings that appear as the train enters North Philly.

“They look totally abandoned,” she says. “But guess what? They’re not. There are people inside, and those people are making things.”

That kernel of recognition, which comes out of a broader interest in the design of factories, led to her curation of A Worker’s Lunch Box, an installation that ran this summer at Slought (the nonprofit gallery at 4017 Walnut Street that operates under Penn’s auspices). The exhibition featured, among other things, a series of 18 filmed interviews with factory workers at legacy operations like Dietz & Watson [“Momma Knows Best,” Jan|Feb 2011] and Ehmke Manufacturing, as well as some artisanal start-ups like J. Roberts Metalworks.

“As a result of working on my book Vertical Urban Factory [which examines the building type in the context of its specific functionality as well as its place in the greater urban fabric], the people who populate the factories became really intriguing to me,” Rappaport says. When she mentioned that she was thinking of creating an exhibit centered on workers to Denise Scott Brown GCP’60 GAr’65 Hon’94, whom she had interviewed for a conference on post-modernism, the celebrated architect was “extremely supportive,” she adds. “Denise liked the idea of having workers tell their own stories so that the next generation could hear from them.”

In a more recent and wide-ranging conversation with Rappaport (an audio clip from which can be heard on slought.org), Scott Brown expressed her appreciation of factory design. “I have been looking at industry everywhere and I [can’t] believe how beautiful the warehouses were in Philadelphia,” she said, while also noting that today’s light manufacturing buildings are a “good place for learning [about the] possibility of employment in making things.”

Having worked with Slought before and given a talk there in 2009 titled “Episodes in Industrial Urbanism,” Rappaport (who attended Penn during her junior year as an exchange student from Smith College) saw this project as a perfect fit for the gallery. For Aaron Levy C’99 GGS’03 CGS’05—Slought’s executive director and senior curator, senior lecturer in English and art history, and faculty director of the Health Ecologies Lab—the idea came at the right time.

“Denise has encouraged us at Slought to undertake a living history of factory workers and factory life in Philadelphia for many years,” he says. “She felt that the rise, fall, and potential resurgence of manufacturing in Philadelphia is intimately connected to the larger history of the city. Nina’s project resonated with those conversations.” The idea also jibed with Slought’s mission of approaching the arts as a mechanism for documenting the “social life” of the city, Levy adds.

Rappaport decided to conduct a series of interviews with factory workers in Kensington and Port Richmond, the center of a once-mighty manufacturing region that, she says, still boasts about 1,000 factories and 20,000 or so jobs. As a unifying theme, she focused on the lunch box, tracking its evolution from an iconic metal box carrying a sandwich and an apple, say, to a Tupperware container packed with Vietnamese rice and vegetables or Dominican rice and beans.

“Few things illustrate the diversity of culture like food does,” she says. “I decided that would be the one point I would discuss with all of the workers, and then I would build the show from there.”

Slought gave over its entire space to the project, beginning with a gallery that featured one of Rappaport’s films of workers talking about their jobs, as well as a video by filmmaker Eric Breitbart that included archival footage from manufacturers like Ford, Volkswagen, Intel, and the L&H Egg Company. That introductory room also showcased artifacts like punchcards, tools, and spools wound with an endless array of hues from Philly’s Globe Dye Works.

The next gallery displayed a small collection of lunch boxes through the years, along with ads and patent drawings for them. Three other films offered additional snippets of Rappaport’s interviews with workers. In one, they talk solely about lunch—what they eat, how they bring it or where they get it, and where they eat it.

Besides lunch, certain themes come up again and again. Whether Asian or black, hipster or mom, whether clad in logoed T-shirts, warming headgear, or protective goggles, the workers project pride in their work, an appreciation for the workplace camaraderie, and gratitude for the opportunity to learn new skills and take on new responsibilities.

“These are not the stereotypical cogs in the wheel,” says Rappaport. “It’s mass production, yes, but it’s really mass customization—it’s not the kind of stuff that moves over to China. These are highly skilled workers who are well paid [averaging around $30 an hour, according to the Bureau of Labor Statistics], and they understand how their job fits into the greater whole. As a result, what they produce has value—both to the community and consumers.

“That’s the real lesson of these films,” she adds. “That this kind of manufacturing—light industry really, not coal burning and such—still has a place in the modern city.” 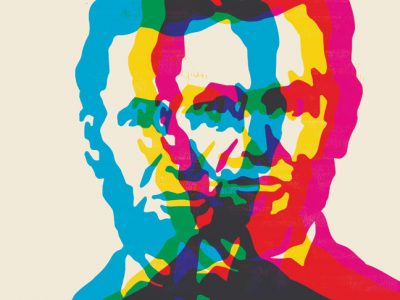