Why corporate culture matters more than ever in the knowledge economy.

By Malachi O’Connor and Barry Dornfeld | Recent news about the competitive, almost Darwinian, culture of work at Amazon set off the latest round of debate about culture in the workplace, a topic that seems to resurface in predictable waves. This latest spin focuses on whether the work environment at Amazon and other tech companies—what The New York Times described as “bruising” and “digital Taylorism”—represents the dark side of competition and overwork in the American economy, or if it drives creativity and innovation in an industry known for its intensity, competitiveness, and long hours.

A similar debate broke out after Netflix announced a more liberal parental-leave policy for its employees, with critics like former US Secretary of Labor Robert Reich rebuking this move as window dressing, since it just applies to a small slice of workers—who can avail themselves of such policies only at the risk of getting left behind in a work culture that esteems “total dedication” above all else. Meanwhile, former US State Department policy director Ann Marie-Slaughter forcefully argues that the “toxic work world” many companies foster takes a toll not just on women with families—who are often the focal point of this debate—but on the health and well-being of all workers.

On the other hand, Amazon’s success in transforming retail in multiple sectors through digital disruption is difficult to argue with. But is its success sustainable in a work environment that may not be? How much does culture really matter in an organization’s success? And what happens when technical success breeds social dysfunction?

Our work as management consultants trained in the social sciences takes us into a range of organizational cultures. We are like anthropologists dropping into other cultures, but the cultures we experience are organizations in a variety of industries and regions. We have seen how culture—agreements we make about how work gets done and decisions get made, often summarized as “the way we do things around here”—can be a vital resource for organizations that proactively engage and develop people in order to get work accomplished productively. And we have seen the opposite in many forms—dysfunctional, even punishing environments where people are unwilling or unable to bring their best to the job. The key, we have learned, is to enable people to find motivation and purpose, and to use culture to create businesses that succeed.

This is particularly challenging when competitive demands drive continued development of technical solutions that can supplant the need for human actors. The logical extension of digital Taylorism at a company like Amazon is a production or distribution system run by robots, with as little human intervention as possible.

What value do humans provide when drones can deliver packages more efficiently than people can? What is the future of work and of the work force? Where will people be needed, and what will they be needed for?

While we can’t predict the future, in some ways it is already here. We can learn from shifts toward the work culture of the future happening today in three major business sectors: healthcare, where traditional boundaries and ways of working are being disrupted; higher education, where universities are being forced to examine their business models and identities; and family-owned businesses, where companies look to integrate a strong mission and history with innovative ways of working.

Across these sectors, the older models of command and control are being replaced by approaches that give people more autonomy, while aiming to provide them with enough leadership to help them get their work done. This shift sees people working in more networked organizational models, and more in ad hoc and temporary projects and teams, rather than in standing structures. These are all ways to encourage innovation and agility.

We see this in our work with academic medical centers. Despite the resistance that we hear about management encroaching on medicine and higher education, places like Penn Medicine here in Philadelphia and Cedars-Sinai Medical Center in Los Angeles are providing first-rate healthcare while still sustaining impressive economic performance and providing global leadership in their disciplines by combining a culture of innovation with a commitment to business performance. By integrating across clinical care, research, and business acumen, these institutions are able to successfully adapt to the evolving healthcare environment.

We see in our firm’s work with family businesses how culture can be both an asset and a liability. It can create a motivating sense of purpose and belonging—but can also be a drag against innovation. International companies like IKEA, which is owned and run by a Swedish family and has grown rapidly into one of the largest retailers for home goods and furniture, have a legacy of culture to draw on. The company’s culture is “based in values of cost-consciousness, simplicity, and efficiency,” which clearly translate to their products and innovative methods. Kikkoman, a Japanese company whose official motto is “Make haste slowly,” has sustained itself by carefully expanding its soy-sauce business in accordance with what it calls a “family creed” of “16 articles passed down for 19 generations.” In family businesses, the challenge is often to hold onto the company’s cultural legacy while thinking in new ways about the business.

In another example from a different sector, Arizona State University president Michael Crow is re-envisioning higher education for the 21st century through his idea of “The New American University.” His approach draws on the cultural legacy of the great research universities, combined with the populism of large land-grant universities, to create an institution that is both innovative and accessible. He is willing to experiment with this established cultural legacy, and has made a big push into online education—and launched a fascinating partnership with Starbucks to educate their workforce for free.

In our experience, organizations that combine a strong cultural identity with an openness to innovation are, by definition, appealing places to work. They capitalize on people’s intrinsic motivation—seeing it as a way to enable colleagues to connect their interests and passions with a larger sense of purpose.

There is a wide and growing literature on the future of work and the ways in which many jobs will be replaced by robots and other forms of artificial intelligence. We think that there are at least two arenas where workers—where people—will be needed: where deliberation, judgment, and critical thinking, especially about taking risk, are required; and where continuous innovation will be needed in order to remain competitive. Both of these arenas are already bolstered by technological supports. But the cultural context in which decisions are made will continue to matter. In industries where knowledge is a competitive advantage—and there are many of them, from healthcare to research-driven sectors to software development—both non-profit and for-profit organizations will need to encourage innovation, risk-taking, and collaboration. And a motivating work culture is at least one critical attractor for the talent that will be needed to do good work.

Malachi O’Connor G’83 Gr’88 and Barry Dornfeld ASC’84 Gr’92 are the authors of The Moment You Can’t Ignore (PublicAffairs, 2014), which explores how businesses and institutions combine old and new ideas in their attempt to adapt and grow. 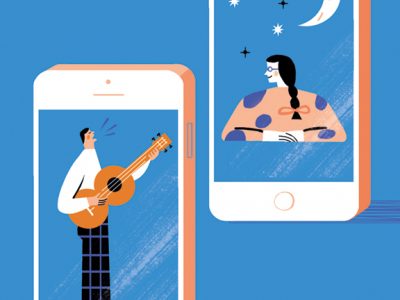