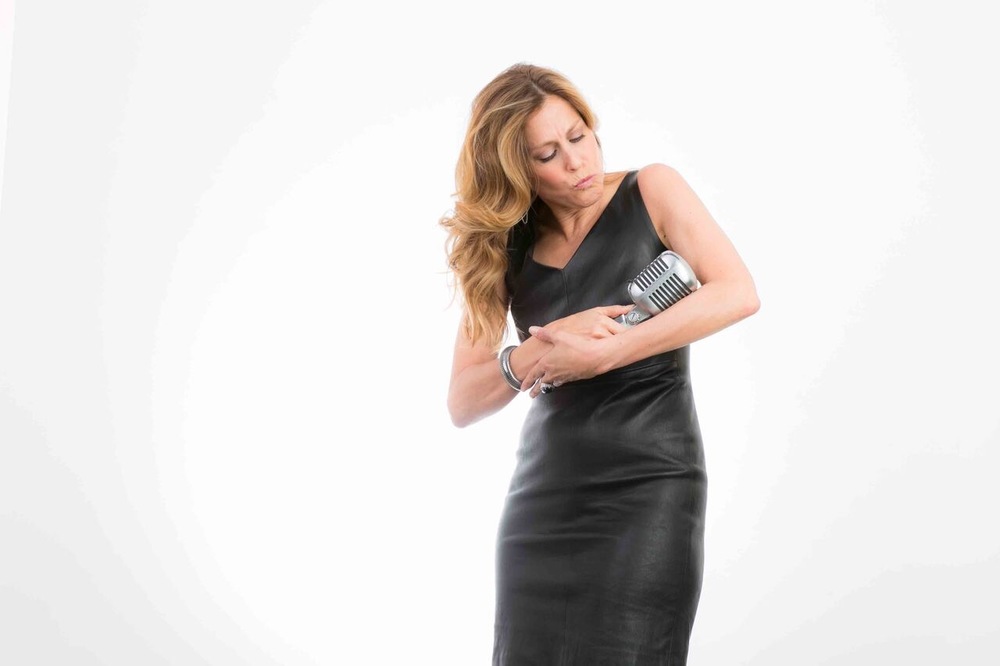 For years, Felicia Madison C’87 pictured herself getting up on a stage, microphone in hand, and making people laugh. And at 50 years old, after raising three kids as a stay-at-home mom on the Upper East Side, she finally gave standup comedy a shot.

It’s only been three years since she took that first class at the Manhattan Comedy School, but Madison has been striving to make a place for herself in the standup world ever since—by spearheading “new talent” shows and open mics for other rookie comics, by organizing large comedy fundraisers, and of course, by continuing to hone her own standup act.

“That’s the benefit of being organized and high-functioning, as I like to call myself,” she says. “I’m able to make stuff happen.”

She suspects that when she first started performing, her friends showed up mostly to see what the heck was going on. Like most of the world, they found the idea of telling jokes to an audience terrifying. They called her brave. But Madison makes standup sound easy—enjoyable, even. “It’s just like any other performance or presentation in front of a group of people,” she says. “You have a set routine prepared that you know is going to do well. And once you do it and get a laugh, it’s like a drug and a high. Most people, once they start, really don’t want to stop.”

Not that there haven’t been challenges. She rattles off all the feedback she heard early on, mostly from other comics: pretty people aren’t funny; don’t mention your age; you should sex up your routine; don’t make jokes about weight or dieting.

“The biggest mistake I made was listening to everyone’s advice,” she says. “I think it takes a while to find your persona in comedy, and it’s a normal process. I’d say I’m just starting to develop a really solid routine that is more comfortable with who I am.”

Much of her comedy centers on Madison’s relationship with her kids and her husband and her experiences as a stay-at-home mom. On stage, she talks about how it’s the only job at which employees walk up to you and tell you “you suck, I hate you” while the boss keeps sexually harassing you. In another joke, she reveals her secret to a happy marriage: “The key is of course communication—but not verbally, only through texts and email. That way you have proof that you told them.”

“Joan Rivers is definitely an idol of mine,” Madison says. “But she’s much raunchier than me and a little more mean-spirited. I’m a nicer Joan.”

Growing up in Englewood Cliffs, New Jersey, Madison dreamed of becoming a Broadway dancer. At Penn, she majored in biological basis of behavior and minored in marketing. “I joke around that the only thing I was qualified to do was sell drugs,” she says.

After graduation she bounced around to different marketing jobs but never found one that felt right. Then she became a mom—and stayed home for the next two decades to raise her kids.

With her older two away at college, after years of promising herself she’d give standup a try, Madison took her first class. She says it isn’t hard to find stage time as a newbie comic in New York: bring five of your friends to almost any club having a New Talent Night and it’s pretty much a done deal.

But Madison wanted better for herself and her fellow comedians. “You start dragging your friends to all these bringer shows that are downtown, not at the nicest clubs,” she says. “Often the comedy was very young or the food wasn’t so great or the male comedians were really vulgar.”

In 2016, she launched Laughercise: daytime standup performances in Upper East Side restaurants that targeted the “ladies who lunch” crowd. The shows have now sold out multiple times and eventually migrated to the West Side Comedy Club.

Madison also assembles two “New Talent” shows a month at the West Side Comedy Club, where she became the new talent director last year. Billed as F Comedy Club, the shows feature fledgling standups—usually more than half of them women—along with guest-spot comedians who already have TV credits. (Past performers have included Judy Gold and T.J. Miller.)

“The show tonight is sold out,” Madison says, on the phone from Manhattan this past December. “I have four major talents coming, so it’s going to be a really great show—and to get on a really great show as a medium-to-beginner comedian is very difficult.”

She also runs a daytime open mic program for slightly more experienced standups. They come to West Side Comedy, perform five minutes of material, and hear two minutes of feedback from their peers. “I always say it’s the Sahara Desert from the time you stop doing bringers to the time you get passed at a club,” she says. “I’m trying to provide water for these comedians.”

Through her efforts, Madison has already helped four comics get passed—meaning put on the roster of go-to performers—at the West Side Comedy Club. “Some of the younger people call me their Momager,” she says, and that’s okay with her.

But it also brings up an obvious question: Does Madison wish she’d discovered this passion sooner?

“I definitely feel like if I were younger starting out, I could have more of a shot of making it,” she says. “But on the flip side, if I started this when I was younger, I probably wouldn’t have gotten married, had my kids, had my life. I don’t know that I’d give that up for anything.”

Still, she sometimes finds herself performing for audiences who are too young to get her references—or who have a different idea of what’s funny. She also knows that to get “really, really good at this,” most comedians get on stage two or three times a night, five or six nights a week. “I can’t do that,” she adds. “A month of a comedian doing work is like a year for me.”

Then she remembers a class she took on hosting for comedians. Most of the other comics were in their mid-to-late 20s. Prompted to hop on stage and give hosting a try, “they got up there, like, ‘I don’t know, is this how I’m supposed to do it?,’” Madison says.

When it was her turn, “I had a f-ck it, I don’t care what people think  attitude,” she says. “Had I started when I was younger, I would have probably been just like those kids. Most people that see me on stage are surprised I’ve only been [performing] for three years, and I think a lot of that has to do with life experience and having that I don’t-give-a-shit anymore attitude.”