Chris O’Loughlin C’89 wasn’t sure what he was getting into when he turned 50 and signed up for the veterans division of USA Fencing.

A former national champion at Penn and a 1992 Olympian, O’Loughlin has competed—and won—on big stages throughout his life. But could battling against and alongside men in their 50s, 60s, and 70s elicit the same kind of thrill? And what about all the playful ribbing from friends, asking if he’d have to knock the walker out from underneath his opponent before hitting him?

“You get the full range,” O’Loughlin says with a laugh. “But to be honest, if you’re the type of person who likes to compete, there are not a lot of opportunities to do it in a high-intensity arena. There’s something about doing it in a formal setting that kind of raises the stakes a little bit.”

And so, O’Loughlin followed an unlikely path this past October to Livorno, Italy, where he helped Team USA’s men’s épée team capture a gold medal at the Veteran World Championships. (Epée is one of the three disciplines of fencing, along with foil and sabre.) Even better, he did it alongside two other former Penn fencers: Daryl Taylor C’75 W’82 and Walter Dragonetti, who fenced at Penn in 1975–76 before later transferring to Temple. Both of them competed in the 60–69 age category, while O’Loughlin occupied one of the two 50–59 spots.

“I’ve been fencing for a really long time,” O’Loughlin says. “I’ve won a lot of national tournaments and done well internationally. But I never had the luck or good fortune to stand on the podium while they play the national anthem and raise the American flag. I honestly did not think it would affect me. But I was touched. I was really, really touched.”

While O’Loughlin is the new kid on the block, Taylor and Dragonetti are, well, veterans of the veteran circuit. In fact, Dragonetti has now won 12 overall world championship medals after nabbing silver in the individual épée competition of the 2018 tournament. “Walter has built a total legacy of veteran fencing,” O’Loughlin says. “He’s like super famous now.” Adds Taylor: “Walter is a monster, man. He was the backbone of this gold medal team.”

After retiring at 50, Dragonetti has indeed dedicated his life to fencing. Not only has he been a mainstay of Team USA for the last 12 years, he’s created two fencing clubs for kids, one in the Cleveland area and another in Las Vegas, where he currently resides.

Taylor, who graduated from Penn right before Dragonetti arrived, has remained devoted to the sport, too. A Los Angeles resident, he teaches and coaches fencing at Pasadena City College. But it wasn’t until his students encouraged him to come to the local club a few years ago that he began to entertain the idea of competing himself again.

“At first, I was like, ‘Eh, I did my thing in college, I had my kick, I’m too old to get serious,” Taylor says. “But I went, I started getting into it, and then some of my older peers said, ‘Hey man, why don’t you start competing? There’s a veterans category.’
I had never heard of it.”

The idea, though, immediately appealed to the 65-year-old Taylor, who also played football at Penn under Harry Gamble and once got his competitive juices flowing by biking across the entire country. He’s now ranked No. 2 in the age 60–69 épée division behind Dragonetti. “It’s so crazy, man,” Taylor says. “I have a friend who’s aging into the 60s and he’s excited! How many people are excited about aging? All of us, we’ve got our aches and pains, but we’re just happy to be able to compete.”

The chance to be able to travel overseas made the whole thing even more surreal. In Livorno, the team stayed at a nice hotel and ate a meal so delicious that they went back to the same restaurant again the next night. “It was a fantastic way to bond,” O’Loughlin says. “I think it actually helped us a lot going into the next day when we had the team competition.”

Impressively, the Penn contingent made up half of the gold-medal winning team. And all three played key roles, with Dragonetti, especially, delivering big victories as Team USA fenced for gold against Sweden (after knocking off France and Italy in the previous rounds). For him, that certainly made up for a narrow defeat in the title bout of the individual competition. “To be totally honest,” Dragonetti says, “when I was on the podium listening to the German anthem, I did say to myself, ‘This ain’t happening in the team event!’”

Even though fencing is a mostly solitary sport, winning together as a team gave everyone extra energy, especially because they did it alongside fellow Quakers. Dragonetti calls it a “privilege and an honor” to hoist a medal with two other Penn alums, and Taylor made sure to credit his two former coaches at Penn, Maestra Csiszar and Dave Micahnik C’59. Both are legends in the sport and members of the Penn Athletics Hall of Fame, along with O’Loughlin and Jane Hall Carter C’89, a member of the US National Veterans women’s team.

“Listen, it’s kind of a testament to the legacy of Penn,” says O’Loughlin, who lives in New Jersey and trains at the New York Athletic Club with several other Penn grads and sometimes even current Quakers like senior Justin Yoo. “It’s great to see this kind of longevity through the generations. … It was pretty cool to be on a team with Penn guys. Both are so generous and so humble and just great competitors.”

O’Loughlin hopes to continue fencing internationally but with a 10-year-old son who’s into sports himself he isn’t sure how long he can realistically do all the training and traveling that’s involved. That also makes him even more in awe of Taylor and Dragonetti, neither of whom appear to be slowing down any time soon. “You’re not doing it when you’re 60 or 70 because you have to,” O’Loughlin says. “You’re doing it because you love it.”

Taylor certainly loves it, particularly how it reminds him of his college days. “I definitely claim Penn—I let everyone know that’s my alma mater,” he said, before adding of his favorite sport: “Why are you going to leave it? It’s been serving me well, and I’ve been successful at it.”

As for Dragonetti, he admitted to thinking about retiring both last year and again after the 2018 Worlds, while he and his wife stayed in Italy for a two-week vacation. He even came to peace with it. But on the flight back to the United States, he had a sudden change of heart while watching the 2018 sports comedy film Uncle Drew, which centers around septuagenarians playing basketball. 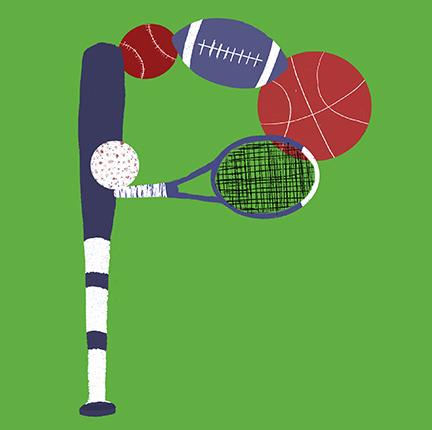 Gazetteer
A Triumph in Ten Acts 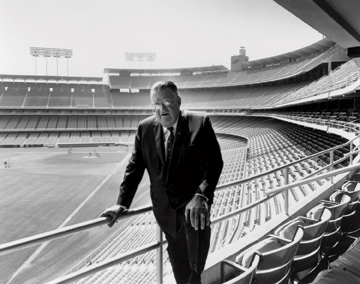