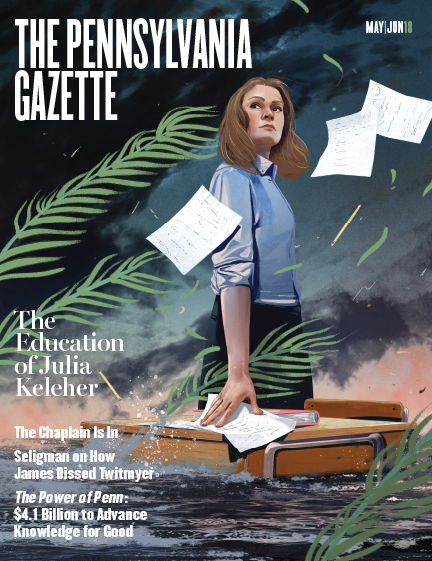 Storms and Reforms
Puerto Rico’s Department of Education has been getting an extreme makeover under Julia Keleher C’96 GEd’98. It was a Herculean task even before the catastrophic hurricane. Plus: In Healing the Island, how Christine Nieves C’10 is working to create a “new narrative” in one rural community.
By Samuel Hughes

From College Hall | Game on for The Power of Penn.

Notes from the Undergrad | Beyond description.

Campaign | The Power of Penn: Advancing Knowledge for Good.

Literature | David Wallace on Chaucer, his world, and ours.

Campus | After $15 million renovation, dental clinic is ready for liftoff.

Medicine | Here’s what may have afflicted US diplomats in Cuba.

Sports | Men’s basketball back on top as Ivy champs.

Robert Freedman L’54 and his wife, Molly, have a gift for music.