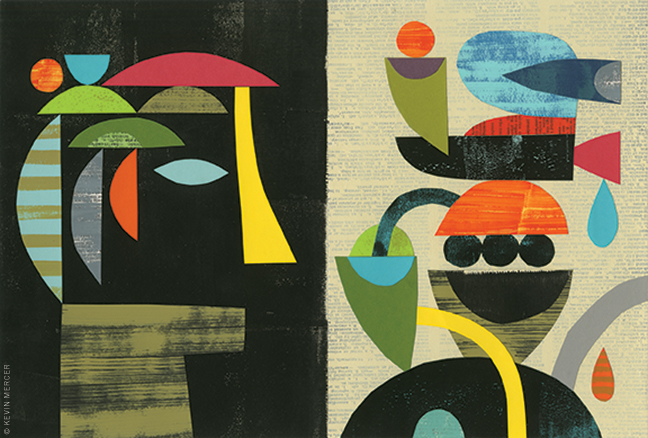 “We have a lot of good treatments for depression,” Zach Cohen was saying. “Antidepressants, different types of therapy—and they all seem to work about the same. So how do we know what’s the right one for you?”

He stood next to a fermentation vat as tall as he is. Behind him, in a modest ground-floor room of a converted factory in Philadelphia’s Kensington neighborhood, a few hundred gallons of small-batch whiskey slumbered in dozens of American oak barrels.

Cohen is a doctoral student in psychology whose research is either old-fashioned or path-breaking, depending on how you look at it. He’s not really interested in novel treatments for depression. Existing therapies work about 60 percent of the time, he says. The challenge isn’t to come up with a new one, but to sort out which old one is best suited to any given individual. Which is where the cutting-edge part comes in. Working with Rob DeRubeis, the Samuel H. Preston Term Professor in the Social Sciences, Cohen applies advanced statistical models to raw patient data reported in existing studies of drugs and therapeutic approaches, to try to predict which treatments are likeliest to work for which sorts of patients.

The tricky thing, he says, is that “in mental illness, we don’t believe any single factor will determine which treatment an individual should get. Many factors combine to influence what the optimal treatment for an individual is.” So their statistical tool draws on genetic, biological, environmental, cognitive, and interpersonal factors to try to optimize the therapy choice for individual patients.

That research is still in the beta-testing stage, but Cohen has meanwhile immersed himself in another domain where traditional methods and multi-factorial experimentation loom equally large: craft spirits distillation.

Red Brick Distillery, which Cohen launched with partner Brian Forrest in 2015 via a Kickstarter campaign, currently markets five spirits: a white rum, a pineapple-infused rum, single-malt whiskey bottled at two different proof levels, and a barrel-aged distilled birch beer. The latter, which has few if any peers in the liquor aisle, exemplifies two of the distillery’s distinguishing traits: its focus on locally sourced ingredients, and its penchant for experimentation.

Cohen says that about 85 percent of their barley is grown in Pennsylvania and malted in one of two small-scale Pennsylvania malt houses. More deeply toasted barley accounts for the remainder of the mash bill, which allows them to brew a Russian imperial stout from which to distill their whiskey.

But even apart from the straightforwardly novel birch whiskey—which is flavored but not overwhelmed by birch twigs gathered from a friend’s farm—Red Brick offers a case study in how very small differences can produce quite different outcomes.

Back in the racking room, Cohen dipped a pipette into a five-gallon whiskey barrel, filled a glass, and then drew from the neighboring barrel to fill another. “Both of these barrels were filled with the exact same batch, on the same day,” he said. “Both of them are new, full-char American oak. The only difference is that one barrel was cooped in Arkansas, out of Missouri American oak, and the other was handmade here, by our friends Mike and Cynthia, from Pennsylvania American oak.”

This reporter is not a professional whiskey taster (though worked, for nine years, as a food critic), but the difference was striking. Both whiskeys were compelling, but the Pennsylvania barrel seemed to have accentuated its sweetness, even as it exuded a more rustic, woodsy aroma.

“It’s a very different take on research, right?” Cohen laughed, before dipping his whiskey thief into a third barrel—this one filled with the distillate of a hopped barleywine brewed by the nearby Saint Benjamin’s brewery.

Cohen is on track to finish his doctorate this year, and plans to pursue a postdoctoral fellowship in California. That will put a few thousand miles between him and the distillery, but he plans to play a scaled-back roll from afar.

“It’s a fun thing to be involved in,” Cohen said. “And I have to admit, there’s a satisfying element of tangible creation that isn’t always available in academia. At the end of the day, I can put something on a table and say, I made this.”