Beyond the Border Wall 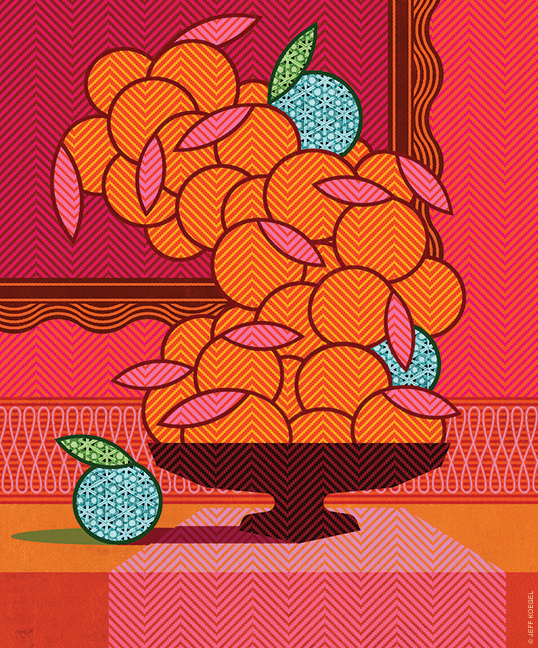 At a recent panel discussion on immigration, the question on everyone’s lips seemed to be, “What happens next?”

A feeling of uncertainty has gripped Penn’s campus—along with the rest of the nation—since the presidential election and subsequent attempts to ban certain classes of travelers and immigrants from entering the US. In February, Civil Discourse at Penn Arts and Sciences, a program designed to promote dialogue on pressing issues in contemporary democratic society, invited professors Michael Jones-Correa, Emilio Parrado, and Tukufu Zuberi to reflect on the history of immigration and offer predictions for the future.

Jones-Correa, a professor of political science who joined the faculty this year, began the conversation on the subject of walls. Though listeners’ minds immediately jumped to Donald Trump’s expensive proposal to build a wall between the United States and Mexico, Jones-Correa noted that wall-building is not just an American pastime. Around the world, more border walls are going up now than at perhaps any other point in history. Recent years have seen a marked increase in border-security measures, representing a shift away from a 70-year consensus about the flow of people between countries.

That consensus dates to the end of World War II, and rests on a variety of treaties that have been enacted to deal with increased migration flows in the postwar era. In the United States, President Lyndon Johnson signed the Immigration Act in 1965, which ended the application of ethnic quotas that had governed immigration to the US since World War I. Since then, the US has enjoyed a period of relatively free migration, though a recent spike in displaced persons has put strain on this system. That spike brings us to the current moment in US politics.

Contrary to the heightened rhetoric over border security, arrests at the border have steadily declined since 2004, according to Jones-Correa. He noted that the government is now deporting more people from inside the United States than from the border area itself. “That’s a huge shift in how we think about immigrant policing; many of the people who are being deported now have actually been in the United States for a long time, on average for over 10 years,” he explained. Yet the attitude of the current administration extends beyond cracking down on illegal immigration, and Jones-Correa asserted that nationalist rhetoric now paints legal immigration as a problem. For example, a draft proposal that had been circulating within the Trump administration would impact H-1 visas, which grant skilled workers entry to the United States. Nationalist politicians across the globe have embraced this rhetoric, sometimes with far-reaching consequences, as was the case when the UK voted to pull out of the EU last year.

Professor Emilio Parrado, chair of the sociology department, focused the discussion specifically on immigration from Mexico and the creation of the very idea of the “undocumented worker.” He began by saying that despite America’s reputation as a country of immigrants, immigration has always been a contentious issue. “Waves of high immigration have been followed by waves of xenophobia,” he explained, postulating that the US is currently experiencing the latter.

The history of Mexican immigration goes back to the Mexican-American war in the 1840s, but it wasn’t until the 1920s that the US government created the first iteration of border control. Interestingly, border patrol was initially part of the Department of Labor. (It now falls within the Department of Homeland Security.) Parrado outlined the difficulties faced by Mexican immigrants during the Great Depression, as deteriorating economic conditions coincided with a nationalist backlash against Mexican labor. This led to the forced deportation of as many as 2 million people of Mexican origins—many of them US citizens—between 1930 and 1936. “The abuses at that time were so pronounced that in 2005 California passed an apology act to apologize to those who suffered forced repatriations,” Parrado said. “Let’s hope that we learn from history and we don’t repeat what happened in the 1930s today.”

Economic growth sparked by World War II paved the way for the Bracero Program, a temporary worker program initiated when the United States signed the Mexican Farm Labor Agreement in 1942. The program, which provided for the entry of vast numbers of Mexican laborers, ran until 1964. The 1965 Immigration Act proved to be a turning point, and a “double-edged sword” for Mexican immigrants, according to Parrado. Though it facilitated the immigration of families, it also limited, for the first time, immigration from the western hemisphere. The ending of the Bracero Program, in addition to restricting the number of Mexican immigrants entering the US, essentially resulted in the creation of a new class of US resident: the undocumented worker.

The 1986 Immigration Reform and Control Act imposed penalties on employers who knowingly hired undocumented workers. One effect was that undocumented workers were paid under the table, often at lower wages than before. In the 1990s, both presidential administrations backed punitive legislation targeting illegal immigrants, and finally in 2002, all immigration agencies were moved to the Department of Homeland Security. Thus the issue of immigration evolved from a labor issue to a security issue. Meanwhile, Parrado noted, the flow of Mexican immigration into the US has been in steady decline since 2007.

Parrado observed that Trump’s proposed wall is not new; there are already 700 miles of border wall or fencing between the US and Mexico. “What’s new in this discussion,” he stressed, “is the open antagonism towards the Mexican population and towards Mexico as a neighboring country and one of our largest trading partners.”

Finally, Tukufu Zuberi, professor of sociology and Africana studies, recast the conversation in terms of demographic change. He opened with a definition of race, distancing it from both genetics and color, framing it instead as a social construct set in place to justify systems of inequality. He questioned his own field’s obsession with race, calling it a very “politically defined subject.”

Looking to the future, Zuberi said that immigration projections augur a significant increase in racial diversity in the world’s most advanced economies. The majority of the countries comprising the European Union have fertility rates that are too low to sustain their population. A proposed solution? More immigration—though that would need to be accompanied by a shift in attitudes about population identity. “I hear all the anti-immigration noise, and some of it is just going at odds with what’s actually happening on the ground,” Zuberi explained. Much anti-immigration sentiment, he posited, stems from racialized ideas about identity—about who is worthy of living in any given country.

Zuberi criticized the controversial term “demographic suicide,” which is sometimes deployed by commentators who view any increase in the number of people who identify as racial minorities, or as multi-racial, as coming at the expense of a given country’s essential racial majority. Zuberi rejected that logic. Race is not a rigid biological category but a fluid social one; and changes in a population’s composition, or its attitudes, lead to changes in the way individuals define themselves. In Brazil, for instance, the proportion of people who identify as “black” has risen from 46 to 51 percent in recent years—not because of any change in fertility, Zuberi noted, but because people’s ideas about ethnicity have changed.

Parrado concurred, quipping: “When we come to the US, we’re suddenly all Latinos, even though there are no Latinos in Latin America.”

Zuberi went on to contend that Americans recognize the arbitrary nature of any attempt to separate a complex population into simple categories like Latino and black and white—even if that recognition rests on a fragile footing.

He argued that white Americans in particular are much more open than they are often portrayed as being to immigration and diversity in their own neighborhoods—as long as survey-takers measuring their attitudes refrain from defining demographic shifts in racial terms.

The discussion’s ultimate takeaway was that there is nothing simple about the question, Who belongs? Different times and places have yielded not just different answers, but conflicting approaches to thinking about the question. What strikes one generation as an issue of labor economics may strike another as a national security concern, or a flashpoint for racial anxieties, or some other concern that’s no more predictable than the future.