With the end of 2018 only a few days away, we checked in with Penn’s busy arts and cultural institutions to hear how the past year went. Here, they share their self-selected highlights of 2018, and tell us what they’re particularly looking forward to in the year ahead.

ANNENBERG CENTER FOR THE PERFORMING ARTS 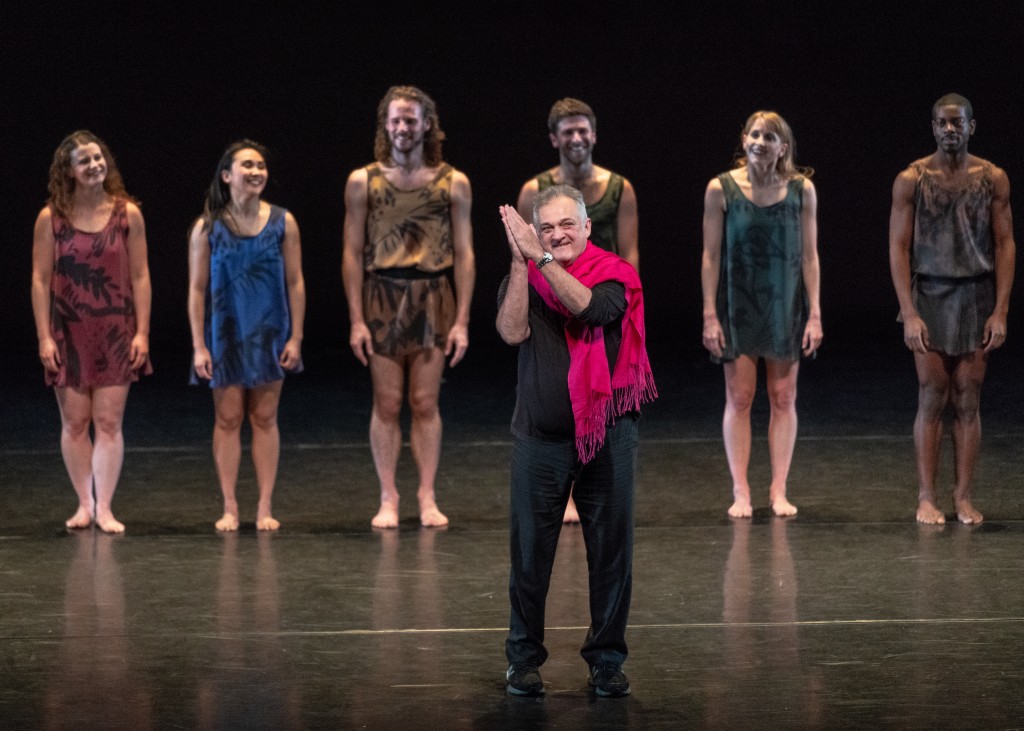 2018 Highlights: Choreographer Mark Morris returned to Philadelphia for the first time in 14 years to serve as the Annenberg Center’s inaugural artist-in-residence. The events related to his residency—including performances, a symposium, a master class and a film festival—drew more than 1,500 people. The Annenberg Center also hosted a three-week Cuba Festival, showcasing both emerging and well-established artists from that country, along with local Cuban musicians.

Coming Soon:  Under its partnership with NextMove Dance, the Annenberg Center will present the Martha Graham Dance Company (Jan. 25-26) in a program by women choreographers commemorating the upcoming centennial of the 19th Amendment. The center will also host Dance Theatre of Harlem as its 2019 artist-in-residence, and Spring 2019 will highlight the venue’s new focus on early music. 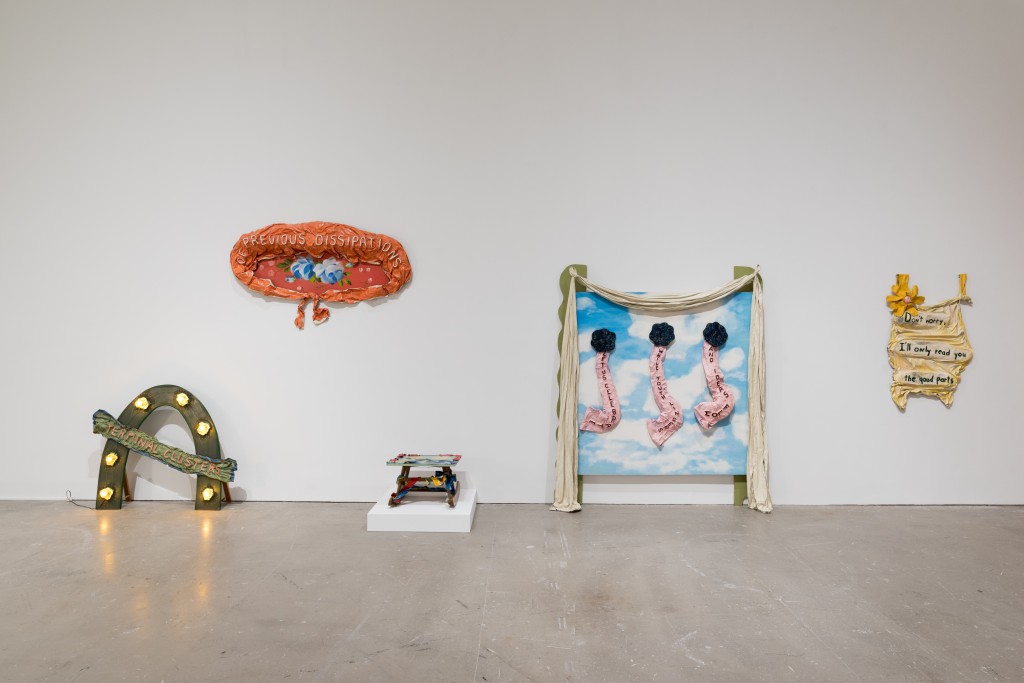 From the Ree Morton exhibition at ICA.

2018 Highlights: The museum presented three large-scale solo exhibitions that underscored its mission to showcase under-recognized and emerging artists: Ree Morton: The Plant That Heals May Also Poison  (the artist’s first large-scale exhibition in a US museum since 1980); Cauleen Smith: Give It or Leave It  (only the third solo exhibition by a black woman artist in ICA’s 56-year history); and Suki Seokyeong Kang: Black Mat Oriole  (the US museum debut of that work). 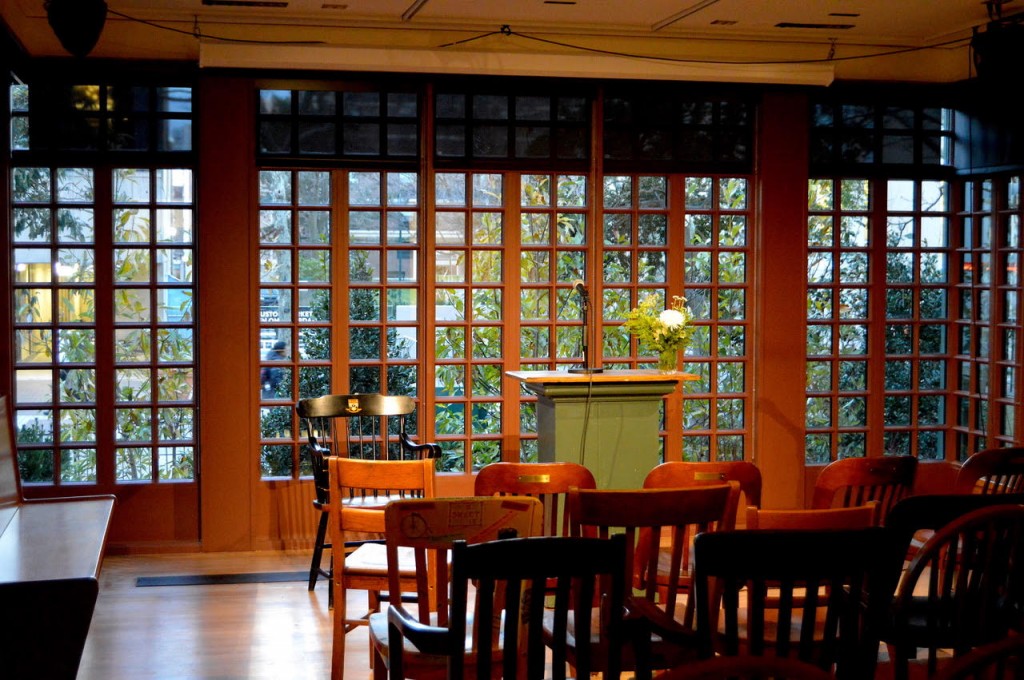 2018 Highlight:  The past year brought a complete overhaul for the Kelly Writers House Arts Cafe. With a gift from Christine and David Gross-Loh W’92 and design work from the architecture firm DIGSAU, the well-loved parlor has been updated and expanded.

Coming Soon: KWH will extend its capacity for interactive live streaming, with a special eye toward Fall 2019, when it hosts the eighth year of ModPo—the massive open online course led by KWH Faculty Director Al Filreis. 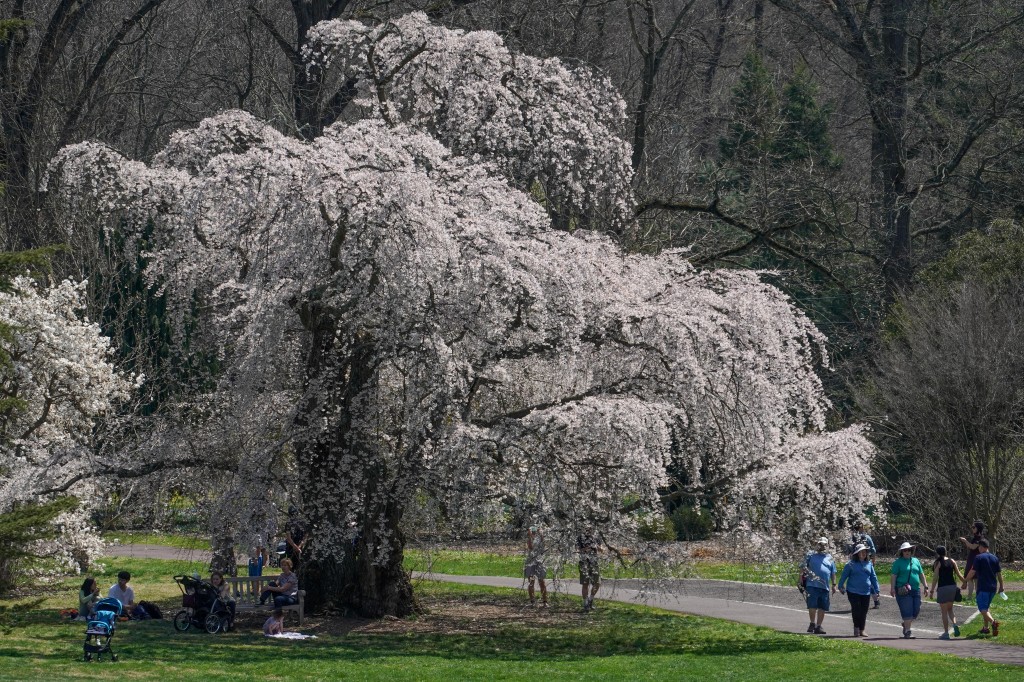 Cherry blossoms at the Morris Arboretum.

Coming Soon: From March 12-29, artist Patrick Dougherty will return to the Morris Arboretum as an artist-in-residence. He’ll work with staff and volunteers to create a site-specific piece out of twigs, saplings, branches and sticks. The results will open to the public on March 30, 2019 in the Arboretum’s sculpture garden. 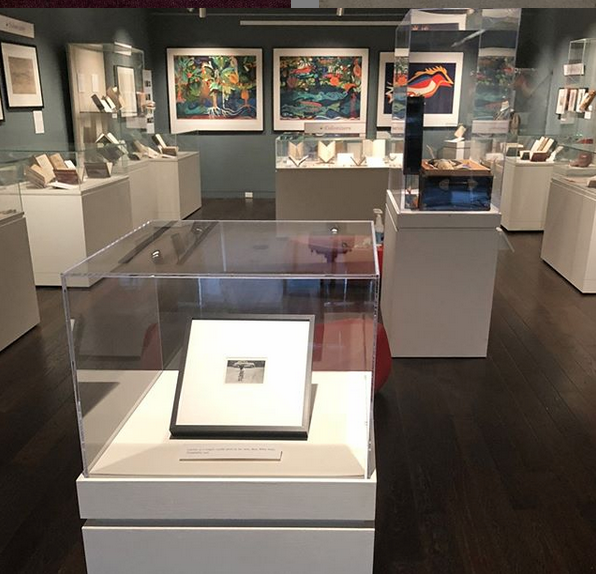 OK, I’ll Do It Myself—an exhibition at the Penn Library.

2018 Highlights: Penn Libraries hosted multiple exhibitions throughout the year, including A Raging Wit: The Life and Legacy of Jonathan Swift and OK, I’ll Do it Myself: Narratives of Intrepid Women in the American Wilderness. The Libraries also welcomed a number of classical musicians as part of its “Music in the Pavilion” concert series, and held its first “Music in the Stacks” performance—an ongoing concert series that features groups of Penn student performers.

Coming Soon: In 2019, a team from Penn Libraries will spearhead Whitman at 200—a region-wide series of exhibitions, performances and artistic commissions to mark the 200th birthday of Walt Whitman. Upcoming library exhibitions will include Whitman Vignettes: Camden and Philadelphia  (part of the Whitman at 200 series) and Wise Men Fished Here, a two-floor exhibit of books from the Gotham Book Mart collection. 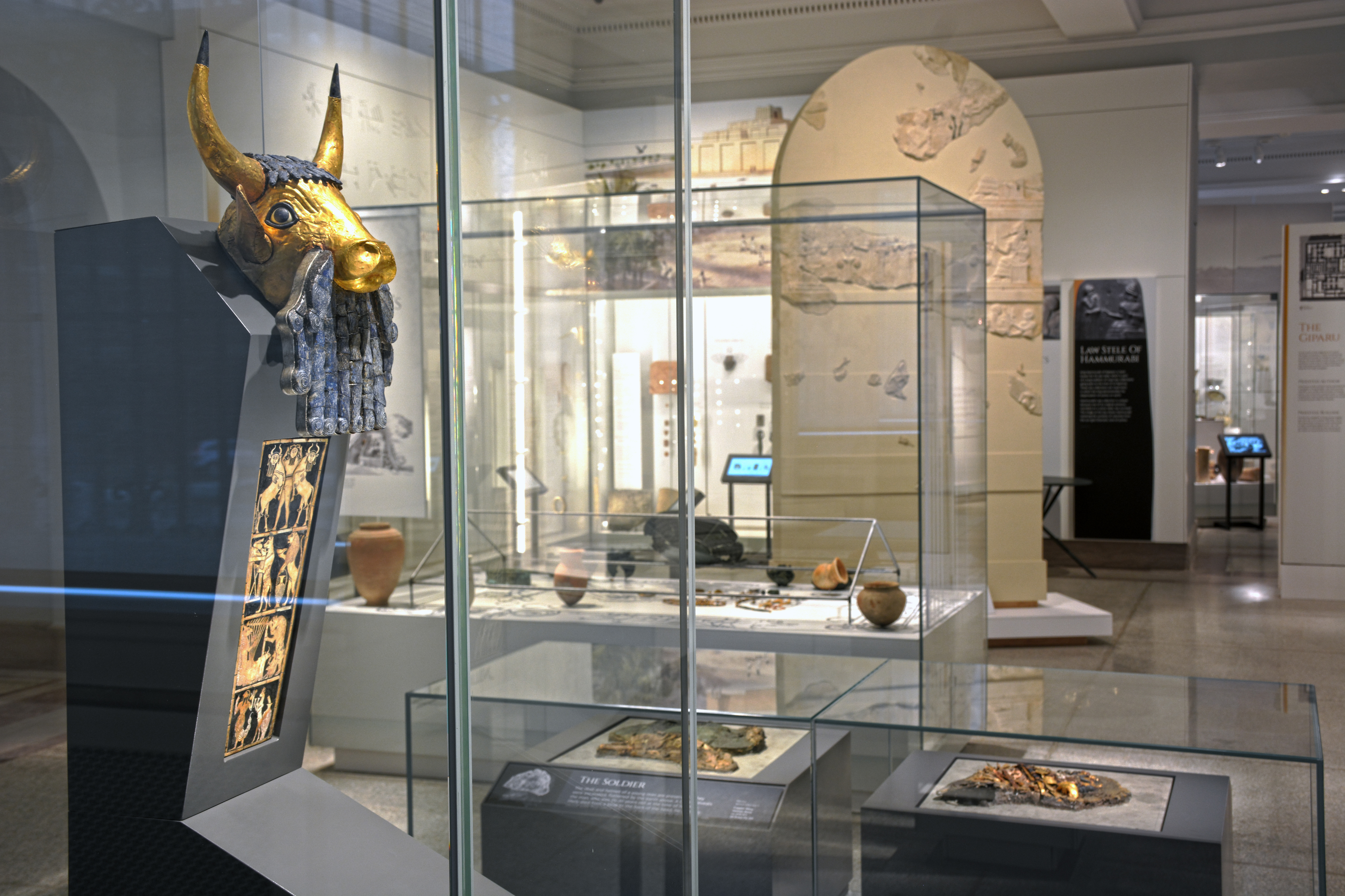 The new Middle East Galleries at the Penn Museum.

2018 Highlights: The Museum debuted its new Middle East Galleries in April. The three galleries hold nearly 1,200 objects, more than half of which have never been on view before. The treasures include the 4,500-year-old crowning jewelry of a Sumerian queen and one of the oldest known wine vessels in the world.

Coming Soon:  A new exhibition—Ancient Egypt: From Discovery to Display—opens Feb. 23, and will allow visitors to imagine themselves as archaeologists. In Fall 2019, the museum will reveal its re-envisioned galleries dedicated to Africa and Mexico and Central America, along with a new Main Entrance Hall and renovated Harrison Auditorium. 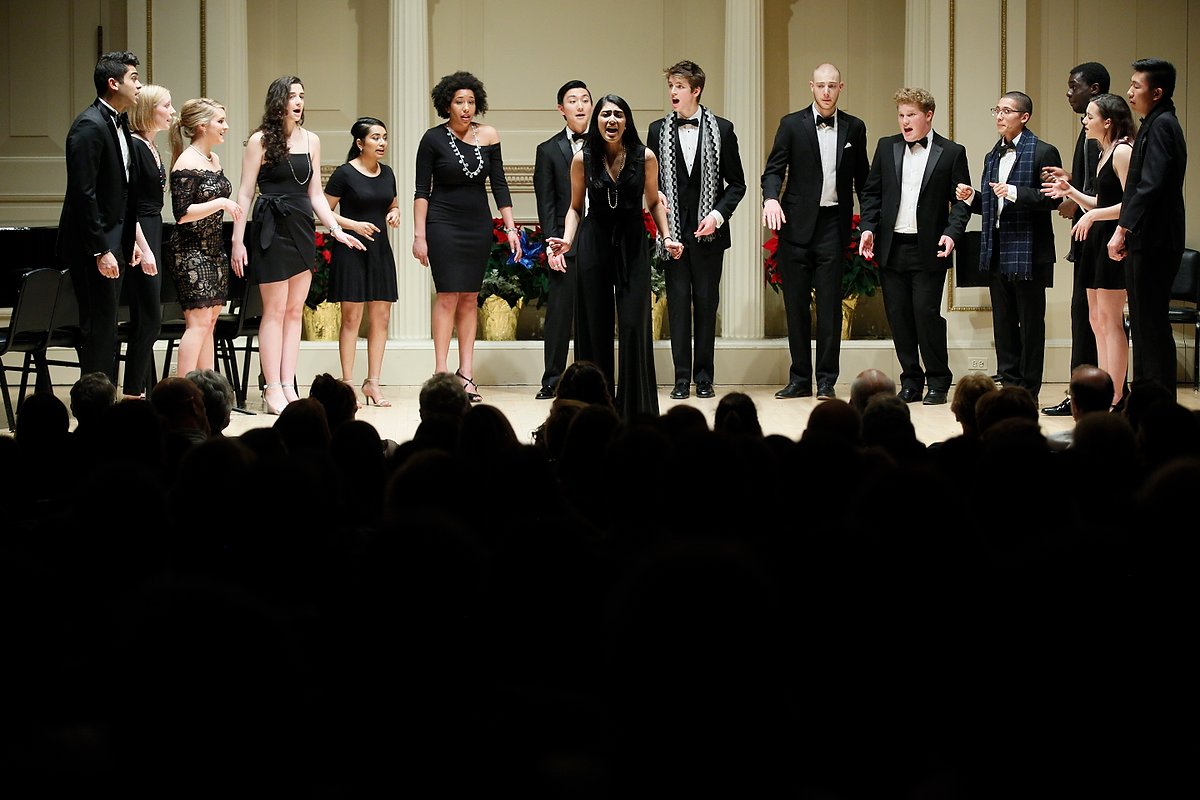 Counterparts on stage at Carnegie Hall in “A Very Quaker Holiday.”

2018 Highlights: “Fall 2018 student performing arts showed a new level of quality and substance within each group’s shows,” reports Laurie McCall, the Platt House’s director. “Theatre, in particular, was outstanding.” In 2018, student groups tackled The Addams Family Musical, Peter and the Starcatcher, A Raisin in the Sun  and other ambitious productions.

Coming Soon: Spring 2019 will bring many more student shows—and multiple collaborations among the Performing Arts Council subcommittees. Student dance groups will come together for the Emily Sachs Dance Benefit on Feb. 1; work written and produced by students will appear on stage in the One Acts Theatre Festival (Feb. 1 and 2); and all 14 PAC a cappella groups will performing at “Raise Your Voice” on Feb. 17.