Anton Bernstein: (yet another) W’08 entrepreneur 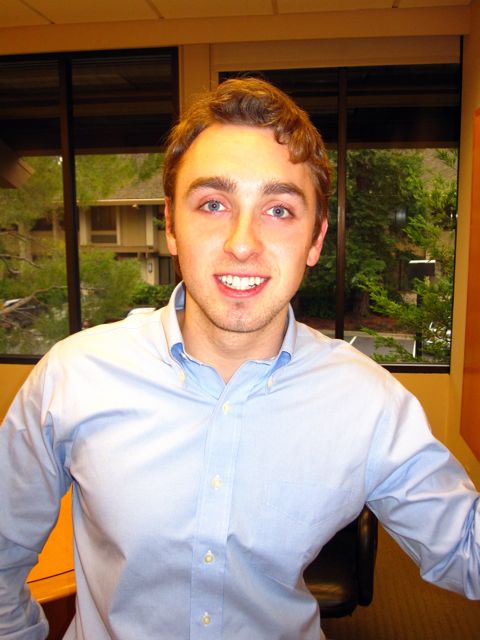 Anton Bernstein just finished his undergrad at Wharton in 2008, but he’s already sold one company. He currently splits his time between San Francisco and Paris, where he’s building business number two. In fact it’s hard to tell what’s more surprising: Bernstein’s early success, or the fact that next to a few of his ’08 classmates his success looks downright modest.

After graduation, Bernstein met his eventual business partner Joshua Davis at Insight Venture Partners, a venture capital firm that recruits heavily from Penn.  He and Davis were a good fit: “We have pretty complementary skills.  He’s a good sales guy.  I’ve got a business and tech background—I did a computer science minor at Penn, too.  He focused on e-commerce at Insight.  I focused on pretty much everything else.”

The first offspring of this successful business marriage was an Australian company called Ouffer, a clone of the Groupon business model.  (Groupon offers customers deep discounts on one product or service each day—a “group coupon,” hence the name.  The concept has proved wildly successful, and a couple months ago Groupon politely turned down a $6 billion offer from Google).

Neither Bernstein nor Davis had much familiarity with Australia, but it was a perfect target:  a large, English-speaking market that Groupon hadn’t yet tapped.  “We ran it, for the most part, from the US,” he says.  When the site took off, they hired a friend to actually go to Australia and manage things.  Not long after, Ouffer attracted a buyout offer from a French company.  According to the Ouffer.com website, the service has saved Australians $8.2 million so far in coupons.

Bernstein is now hard at work on Lookingo, a French version of the same idea with an upscale twist.  The site is already running, and today for example you can save €190 (that’s $257) at a boutique salon in Paris where someone will apply “100% natural keratin and cocoa” to your hair.  Bernstein has no plans to learn French, but he found an easy fix:  the Lookingo office in Paris has 30 employees, and middle management must be bilingual.

After all, their strategy is ultimately international.  In the next year, Bernstein wants to build similar sites in New Zealand, the UK, and Belgium.  “The plan is to build the leading daily European deal site,” he says.

Bernstein has some advice for his fellow Whartonites, encouraging them to resist the institutional pressure to inevitably join the ranks of investment bankers.  “It’s pretty relentless, the drive that the school has towards finance,” he says.  During his own undergrad years, he served on the committee for the Wharton business plan competition and took advantage of entrepreneurial opportunities like business incubators offered by the school.

“Guys in my class have been way more successful than I have,” he says.  “You look at Nat Turner and Zach Weinberg with Invite Media, and they sold that business for $70 million to Google.  But they started it while they were [at Wharton].  You look at Jack Abraham—he’s also class of ’08.  He sold Milo for $75 million to Ebay.”  Even as a student, Bernstein says, it’s never too early to start reaching out to venture capital firms, or other CEOs.  Bernstein would know—he’s 25.