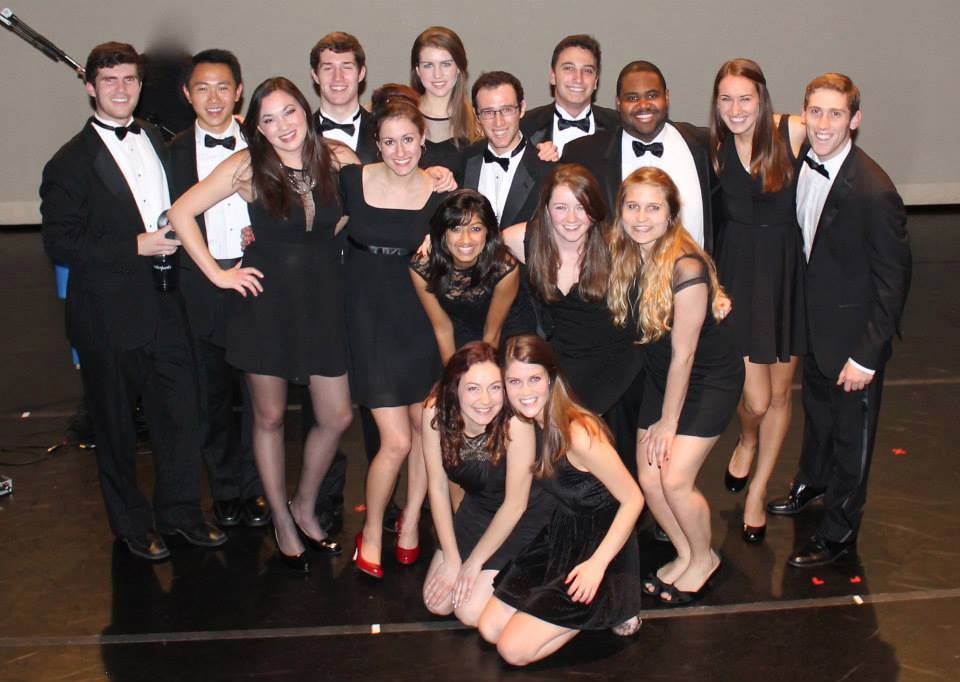 Breaking news from the voices-only world: Counterparts, Penn’s jazz/pop a cappella group, sang their way to second place at the International Championship of Collegiate A Cappella quarterfinals last weekend and will now advance to the regional semifinals next month.

For the competition on Feb. 1, which was held at Drexel, Counterparts faced off against groups from Villanova, Lehigh, Drexel, Richard Stockton and Westminster Choir College. In addition to finishing second behind Westminster’s The Deaftones, the Penn group took home two other accolades that night: Lilly Claar C’16 won for her choreography and Counterparts President Swaroop Rao C’15 was named “Outstanding Soloist.” (John Legend C’99 won the same award in 1997, also as a Counterparts performer.)

The group formed at Penn back in 1981, and this marked Counterparts’ first trip to the ICCA competition since 2005, when they placed first in the quarterfinals. “It’s a relatively new thing that we’re trying this year,” Rao says. “We decided to push ourselves into something new and see where it took us. We’ve been excited so far with the results.”

While the group won’t be sharing footage from last weekend until after the competition is over, here are the three songs they competed with, as performed at their fall show:

The Lady Is a Tramp

If you’d like to cheer on Counterparts at the Mid-Atlantic semifinals, they’ll be at Rutgers University on March 29, 2014 — and they’d greatly appreciate the support, Rao says. The group will also perform their spring show on April 18 and 19 in the Iron Gate Theatre.